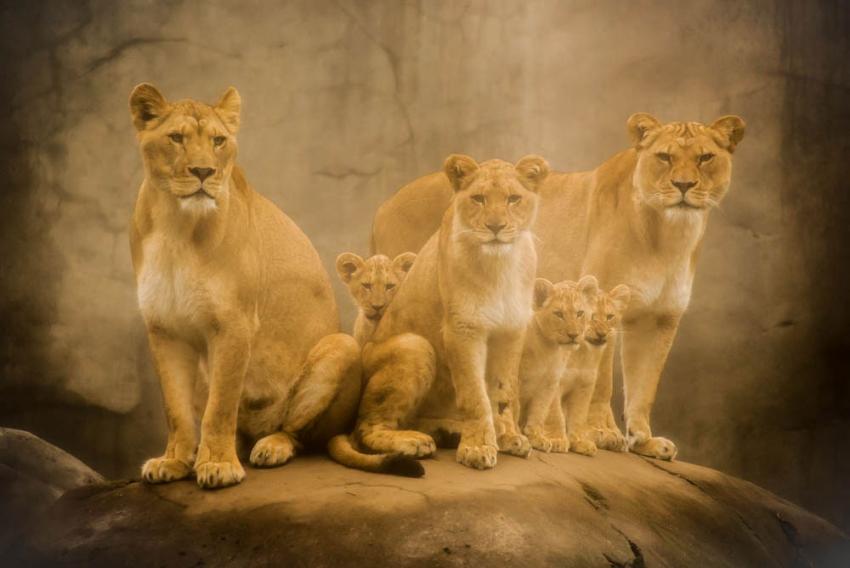 After a record-breaking ZooLights, the Oregon Zoo switched to its regular winter hours this week. From now through Feb. 28, the zoo's gates will be open 10 a.m. to 4 p.m., with grounds remaining open until 5 p.m.

In the coming months, visitors will be treated to some new cub-viewing opportunities, and get to see some recently arrived orangutans and California condors.

The three lion cubs born at the zoo last September — Hasani, Mashavu and Niara — will be spending more time outdoors now that they're adolescents, keepers say. Best bets for watching the triplets play with mom Kya and the entire pride are on days when the temperature is above 45 degrees and it is either dry or just raining lightly.

Three young condors from the zoo's Jonsson Center for Wildlife Conservation have moved into the Condors of the Columbia habitat, where they join Kaweah and Tyrion. (Condor No. 432 moved out to pair with a female condor at the Jonsson Center.) Keepers say the five birds, with their enormous 9-foot wingspans, have been quite a sight as they play and interact with one another.

Later this month, visitors should look for a couple more new arrivals — a pair of 9-year-old male orangutans named Kumar and Bob. The two have been getting to know each other at the zoo's veterinary medical center for the past month and keepers say they are nearly ready for a public debut at the zoo's Red Ape Reserve.