Kumar, the young male orangutan who debuted at the Oregon Zoo last month, has a new pal to hang around with.

Keepers took advantage of the warm, spring-like weather this past week to arrange an outdoor meet-up with Bob, another 9-year-old male orangutan, who arrived here recently from South Carolina's Greenville Zoo.

The active pair immediately hit it off, keepers say — chasing each other around the habitat, wrestling in the tall grass, climbing everything in sight, and pausing to look in on their new next-door neighbors, the mandrills.

Keepers expect the two young orangutans will be outside together most days, barring cold weather or introductions to Red Ape's other resident orang, Inji, who at 55 is the oldest Oregon Zoo resident and one of the oldest orangutans in the world. 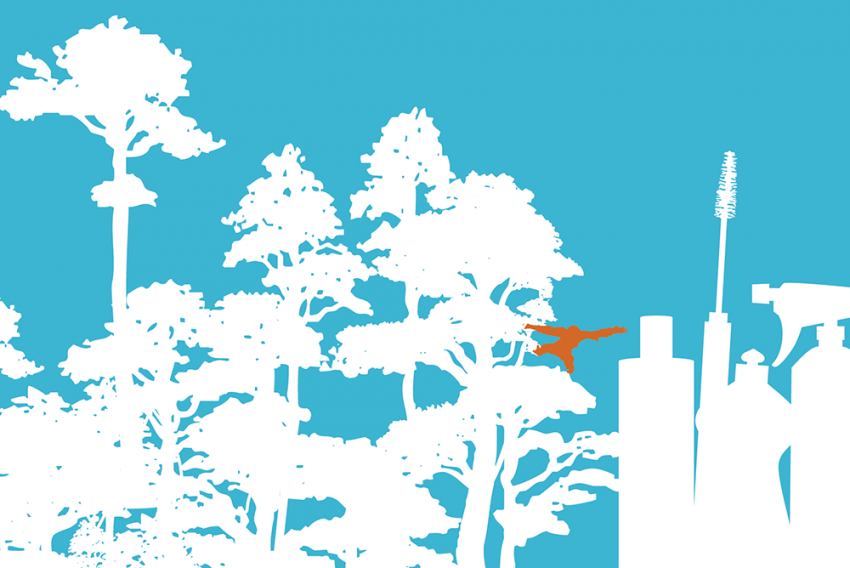 Save orangutans. Ask companies to use deforestation-free palm oil.

Bob's and Kumar's transfers to the Oregon Zoo were recommended by the Association of Zoos and Aquariums' Species Survival Plan for orangutans. The AZA has established Species Survival Plans for many threatened or endangered species — cooperative programs that help create genetically diverse, self-sustaining populations to guarantee the long-term future of animals. These SSPs also support relevant field projects, research and public education to help prevent animal endangerment and extinction.

"Orangutans are at a really critical point right now in both Borneo and Sumatra," Mukobi said. "The number one threat to their survival is the production of palm oil, which is a common ingredient in everything from candy bars to cosmetics. The good news is that people can urge companies to change the way they produce palm oil in a way that is less harmful to orangutans and other wildlife."