River otter Ziggy is all grown up, moving to Seattle 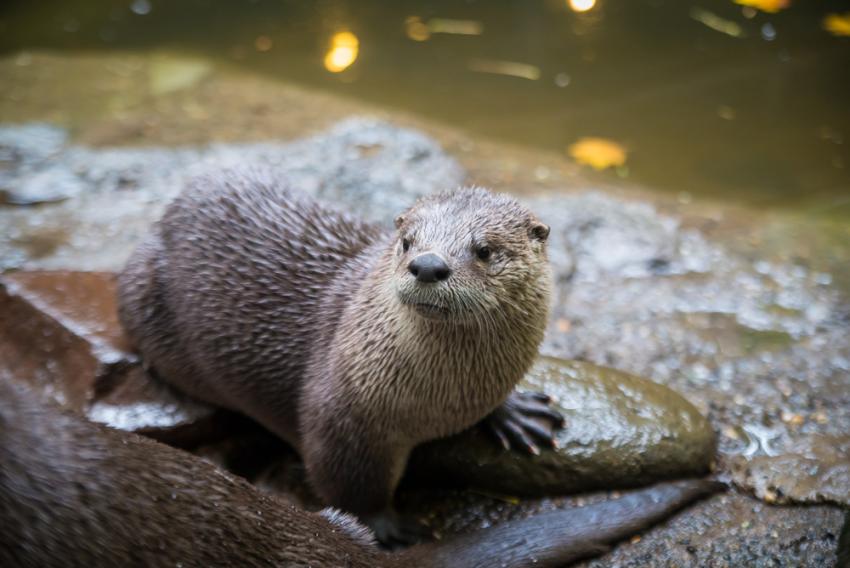 On Nov. 8, 2013, Zigzag the river otter was born at the Oregon Zoo. Weighing around a quarter of a pound, unable to see or walk, let alone swim, the pup was completely dependent on his mom, Tilly, for the first few months of his life.

Now, more than a year later, Ziggy — as he is known for short — is a sleek, active young adult, and will soon be moving to a new home at Seattle's Woodland Park Zoo. Oregon Zoo visitors can see Ziggy through this weekend in the Cascade Stream and Pond habitat. He departs for Seattle on March 16.

"It's been great watching little Ziggy grow up," said Julie Christie, senior keeper for the zoo's North America section. "Otter pups in the wild usually stay with their mom for about a year before striking out on their own, so the timing for this move is right."

Keepers say Ziggy proved quite a handful to his mom once he learned how to walk. Named after the river that flows down Mount Hood through Zigzag Canyon, the young otter seemed to grow into his name — zigging this way and that, often scampering away from Tilly when she tried to lead him indoors.

Ziggy's older brother, Molalla, who now lives at the Seattle Aquarium, was not nearly so adventurous, according to keepers. (Mo made a big splash with otter fans a couple years ago when a video of his rough-and-tumble swim lessons went viral, logging more than 740,000 views on the zoo's YouTube channel.)

"Human parents often notice that the second child is much more independent," Christie said. "We definitely noticed that with our second otter. As soon as Ziggy started walking, he was on the go. He's a little motorboat."

But headstrong or no, young river otters are still very dependent on their moms and have to be taught to swim. For a rare look at this major milestone on a pup's journey to otterhood, watch this:

While it is hard for Oregon Zoo staff to see Ziggy go, they are happy he is staying in the Northwest. Christie said animal-care staff at Woodland Park Zoo will be sending updates on the otter's progress there, and that keepers here are already making plans to visit Ziggy in Seattle.