From caracal kittens to geriatric polar bears, 2015 was a banner year for conservation, animal welfare and general adorable-ness at the Oregon Zoo.  Here's a look back at this year's 10 most memorable zoo stories.

Peggy, a caracal living in the zoo’s Predators of the Serengeti area, gave birth to two kittens in September — one female and one male. At six weeks, the kittens ventured outside under the watchful eye of their mom — toddling through hollow logs, hiding in the tall grass, and chirping for mom whenever they lost sight of her.

In March, the Oregon Zoo Foundation committed $31,680 over three years to protect Borneo's last elephants. Implemented by HUTAN, the Sabah Wildlife Department, Danau Girang Field Center and the communities of Kinabatangan, the Forest Elephant Project takes a top-down approach to conservation. Meanwhile back in Portland, the zoo opened its ambitious Elephant Lands habitat, aimed at inspiring the community to take action for elephants. 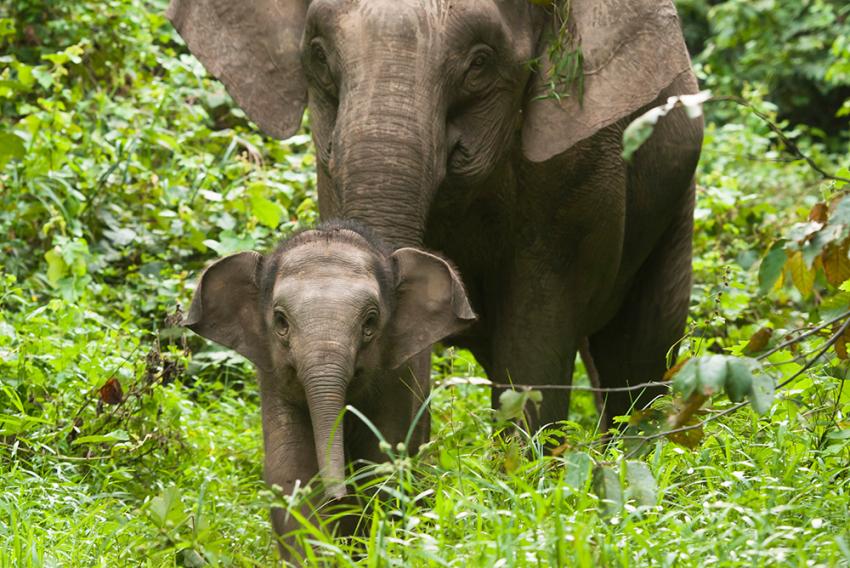 A boisterous, squeaky river otter pup, found orphaned in June, took up residence at the Oregon Zoo after being rescued by the Chintimini Wildlife Center in Corvallis. The pup, since named Little Pudding, joins the zoo's two adult otters Tilly and B.C., who are also rescues.

4. Conrad and Tasul help scientists unlock decades' worth of data

Conrad and Tasul participated in a "surf and turf" experiment, receiving terrestrial- and marine-based diets to help create a never-before-available tool for tracking the feeding behavior of polar bears. The data will help researchers better understand how the Arctic mega-predators are responding to climate change.

The Oregon Zoo took an important step toward reducing lead exposure to wildlife in February with the launch of a wildlife and lead outreach program. The program engages key stakeholders to create and implement a comprehensive outreach plan regarding lead and its impact on wildlife. Since the 1980s, lead has been eliminated from paint, gasoline and plumbing. The toxic metal remains a threat to wildlife. 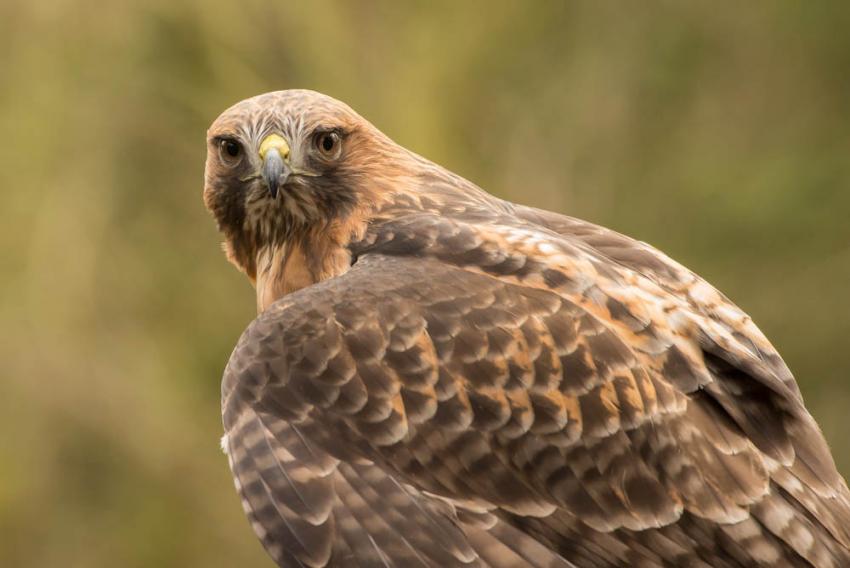 The zoo's fourth and last chick of the year hatched Monday, June 29, at the Jonsson Center for Wildlife Conservation in rural Clackamas County. Staff described this season's batch of chicks as healthy, loud and full of fight — traits that could serve them well once they grow large enough for release into the wild. Meanwhile, a Condor-cam, purchased with a grant from the Oregon Zoo Foundation, gave the public its first inside-the-nest-box look as a pair of condor parents hatched and raised a chick.

Cookies, ice cream and other treats sold at the Oregon Zoo are now more wildlife-friendly, thanks to a new purchasing plan announced this week. As of August, the zoo will only sell products containing palm oil if the companies that make them are working to address the negative impacts of the palm oil industry. 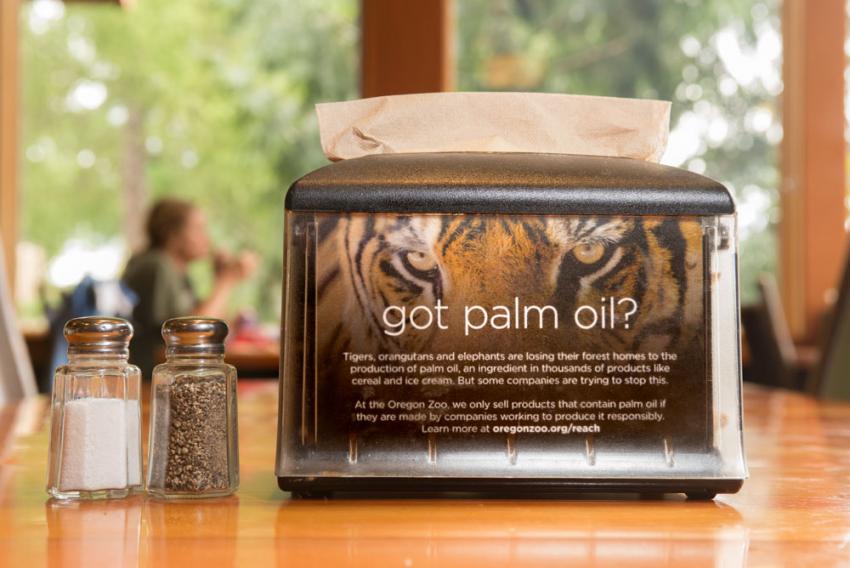 In March, wildlife advocates in Salem announced new legislation to end the trade of elephant ivory and rhinoceros horn in Oregon. In June, zoo staff packed 250 pounds of elephant ivory into a crate and shipped it to Manhattan, where the U.S. Fish and Wildlife Service crushed it along with another ton of confiscated ivory at Times Square. The crush event sent a clear message that the United States will not tolerate wildlife trafficking. The majority of the Oregon Zoo collection had been confiscated ivory donated by the city of Los Angeles in 1988. 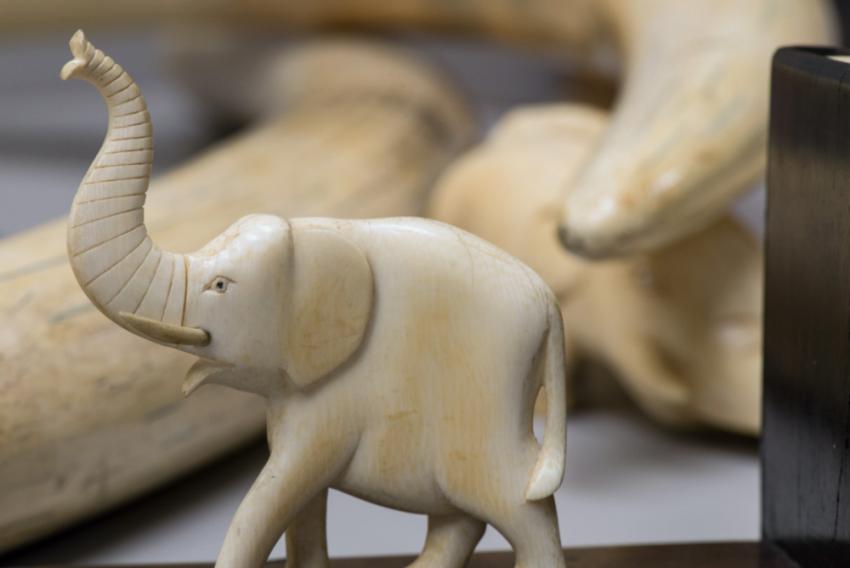 This month, a tiny gazelle that almost didn't make it past its first day of life is well on the road to recovery. Staff quickly intervened after the calf had been neglected by her mother – a common occurrence for first-time gazelle mothers – and transferred her to the intensive care unit of the zoo's veterinary medical center. The calf, since named Juliet, is now being introduced to the gazelle herd.

At a newly remodeled space inside a former Oregon Zoo animal clinic, a small group of researchers and volunteers is attempting to identify what makes life worth living. Led by Dr. Nadja Wielebnowski, the zoo's conservation and research manager, this team is working to establish a set of tools and measures to help staff assess the well-being of the animals in their care. The project got a boost earlier this year with the hiring of a dedicated staff member, Dr. Candace Scarlata, a position made possible by a grant from the Oregon Zoo Foundation. In addition to funding Scarlata's position, the foundation helped equip the new lab to allow for more advanced monitoring of hormone levels — one indicator of an animal's well-being. 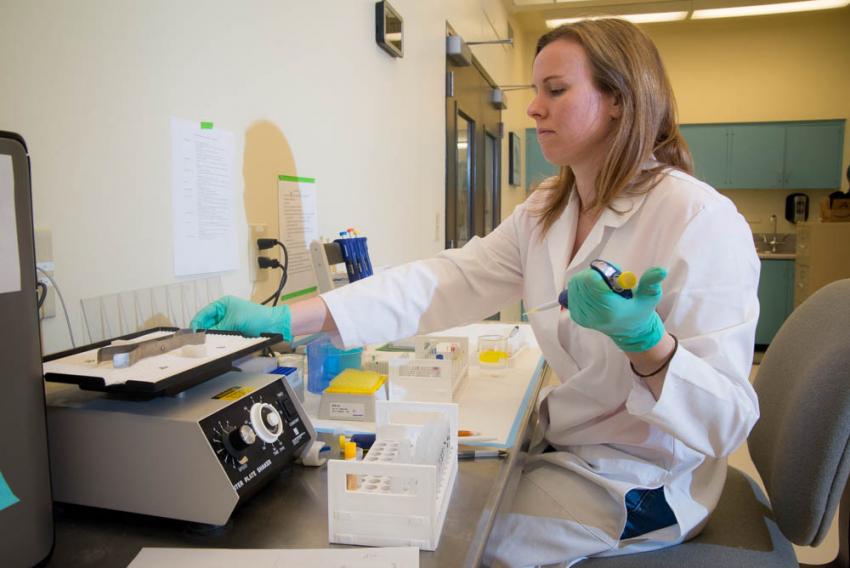