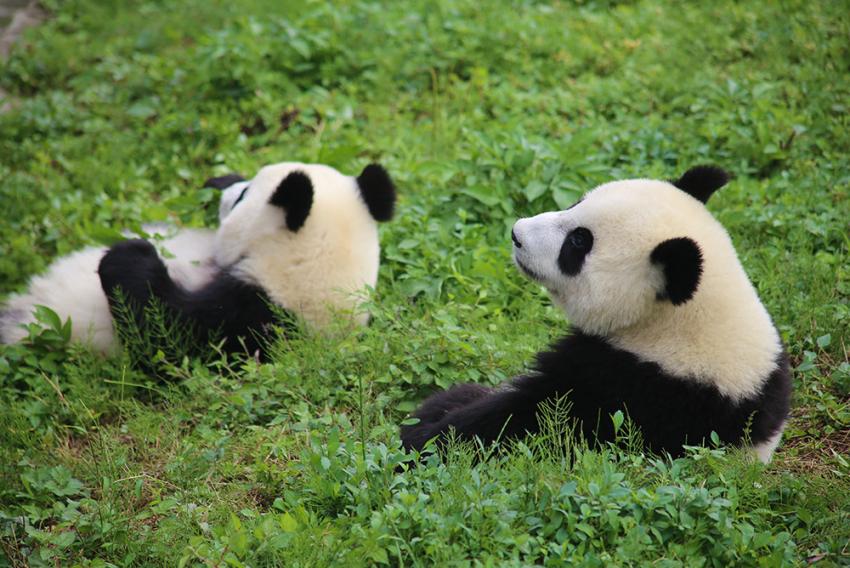 Now, a team of eight researchers — including two with Oregon Zoo ties — have revealed that successful breeding and cub survival significantly depend on one factor: whether or not the mom and dad choose each other. The findings were published in the journal Nature Communications.

Researcher Meghan Martin-Wintle and colleagues ran an experiment that allowed 40 pandas in a Chinese zoo to choose between two potential mates. Females could indicate which partner they preferred by scent marking, chirping and interactions through a mesh barrier. Males were given the same choice. 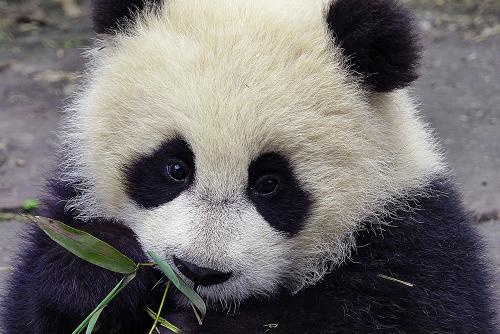 When the panda feelings were mutual, reproductive success was 80 percent higher than with pairs that did not have mutual mate preference.

"This suggests that incorporating mate choice could make a huge difference for the success of many conservation breeding programs," Martin-Wintle said. "Giant pandas number fewer than 2,000 in the wild. If we can produce more individuals through these kinds of programs, we'll have a larger surplus for reintroduction."

As of 2012, the World Association of Zoos and Aquariums reported that 31 of the 33 animals classified as Extinct in the Wild on the IUCN Red List are actively captive-bred in zoos and aquariums. Some species, such as the California condor, wouldn't exist today if it weren't for captive breeding.

The study's findings mirrored what Martin-Wintle along with Oregon Zoo deputy conservation manager David Shepherdson and others had previously discovered in Columbia Basin pygmy rabbits, an endangered Pacific Northwest native that the Oregon Zoo has successfully bred and reintroduced.

"Zoos are in a unique position to protect endangered species, captive breeding being only one example of how we can help," said Shepherdson, who co-authored the panda study. "Of course, breeding programs can only be successful if we have suitable and safe habitat to reintroduce animals into. Wildlife conservation takes many tools, from habitat protection to community support and advocacy. Captive breeding is only one of the tools in the toolbox."

"The take-home message is that we should probably conduct more of this kind of research with other conservation breeding programs in other species," Martin-Wintle said.

The study, coauthored by Guiquan Zhang, Hemin Zhang, Desheng Li, Xiaoping Zhou, Rengui Li and Ronald Swaisgood, was made possible in part by a Future for Wildlife grant awarded by the Oregon Zoo Foundation in 2011. Martin-Wintle is one of several students from the Portland State University Biology department to conduct research in cooperation with the Oregon Zoo. The partnership provides graduate students in Biology a research opportunity and the benefit of being mentored by both their faculty advisor and a researcher from the Oregon Zoo.

"The partnership between Portland State University Biology and the Oregon Zoo has been a fantastic opportunity for our students. They are conducting research that can lead to important changes in the way we understand and approach saving endangered species," said Debbie Duffield, PSU professor of Biology and Martin-Wintle's advisor.

Related links:
Learn about mate-compatibility research in endangered pygmy rabbitsHelp the Oregon Zoo support projects like thisSee how current Future for Wildlife grant recipients are helping to save species