Out of the muck: Mighty mudminnow gets its time to shine 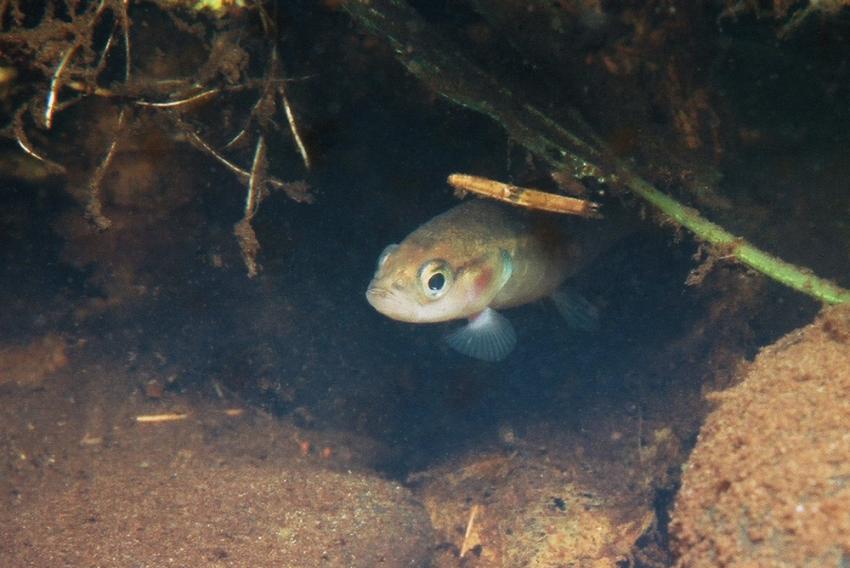 Washington's only endemic fish is tiny, brown and in desperate need of a PR makeover

They're not an overtly charismatic fish, but zoom in and you'll see the spunk. The Olympic mudminnow (Novumbra hubbsi) swims just above the mud layer in shallow water wetlands of the Olympic Peninsula — the only fish that lives only in Washington state.

Though currently designated a "sensitive" species in Washington, these small, swamp-colored minnows are easy to overlook. On a good day, they stretch out to 3.5 inches long, are of little gastronomic importance to humans, and they're sometimes used as bait.

In Washington state alone, an entire third of wetlands have disappeared over the past two centuries.

Research is rarely devoted to the Olympic mudminnow, and we understand very little about it. But thanks to a new project, that's just about to change.

With an assist from the Oregon Zoo's Future for Wildlife program, ecologists at the University of Washington's School of Aquatic and Fishery Sciences are revealing the shiny side of the "mighty mudminnow" with a bit of "a PR makeover," says freshwater ecologist Julian Olden. Dr. Olden and his team are working to assess the conservation status of this little brown member of the ray-finned fish order — aiming to better understand the threats facing it, as well as its full geographic range and habitat requirements.

Though it seems these diminutive relatives of the several-foot-long pike come only in nondescript shades of brown, researchers say the males are actually "quite beautiful" when dressed in spawning colors of spring. Their bodies darken, according to research scientist Lauren Kuehne, and "they have these iridescent green and yellow vertical bars all along their sides and a little spot on the cheek pad, too."

Kuehne reports the minnows also develop some rather boisterous behaviors during the breeding season. Males sweep out and patrol an extremely large territory — the equivalent, she says, of a human guarding the length of two football fields. They then entice a female to enter with a strange, excited and sometimes 20-minute-long "wig-wag" dance.

"I'm actually quite desperate to catch it on video," Kuehne said.

With fins fully expanded to show off color bands of a charming sky-blue, the male alternates bouts of side-to-side body undulations with a sudden stop-and-freeze stance. Once convinced, the female joins his territory. She vibrates against him for a single hot second until the two push off each other and "at that instant, one or two eggs can be seen floating into the vegetation," a 1972 paper that first described the ritual reads.

Clearly, this puny mudminnow has might. In fact, it tolerates frigid and low-oxygen waters that are lethal to other species. But for all of its hardy adaptations, none are a match for the increasing human-made forces of climate change, pollution and the introduction of non-native predators, such as large-mouth bass. The National Park Service is concerned about mudminnows, Kuehne says, particularly in Lake Ozette in Olympic National Park because it's "stuffed full of bass," an extremely successful invader. 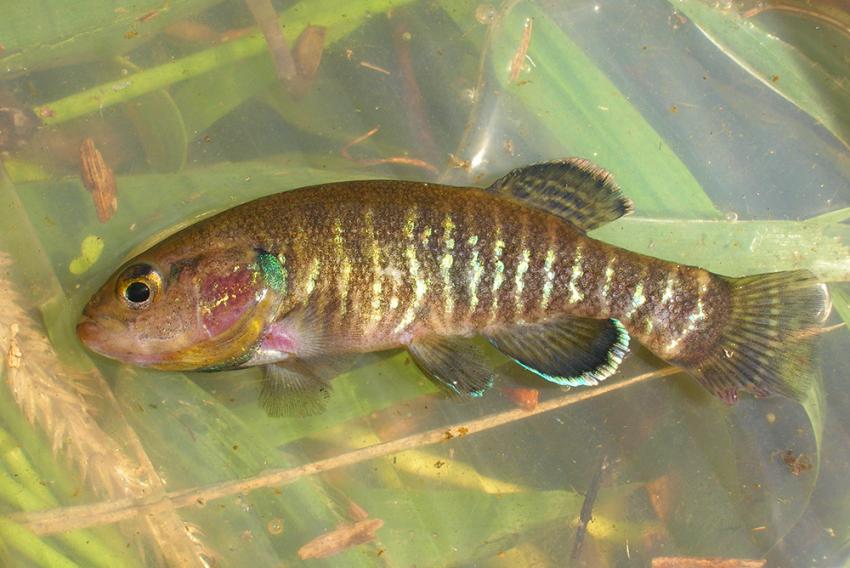 By drawing attention to and protecting the Olympic mudminnow, Kuehne says, we can safeguard their wetland ecosystem as well: giant water bugs, dragonfly nymphs, salamanders, frogs, freshwater clams and snails included. Wetlands are regarded widely as one of the most altered and imperiled habitats in the world, she says. In Washington state alone, an entire third of wetlands have disappeared over the past two centuries.

Both the National Park and U.S. Fish and Wildlife services wrote strong letters in support of the lab's mudminnow study — a big reason the Oregon Zoo chose to fund this project, according to the zoo's deputy conservation manager, David Shepherdson. Dr. Shepherdson also was impressed that the research is honing in on the tiniest sub-population of Olympic mudminnow, which lives only along the peninsula's northwest corner coast, isolated from the other groups. The Endangered Species Act seeks to protect the earth's endangered genetics, Shepherdson says, and "this minnow's genetics are unique."

"From a biodiversity point of view," he said, "keeping the Olympic mudminnow around is going to be very good."