Zoo's black bears are blinking out of winter torpor 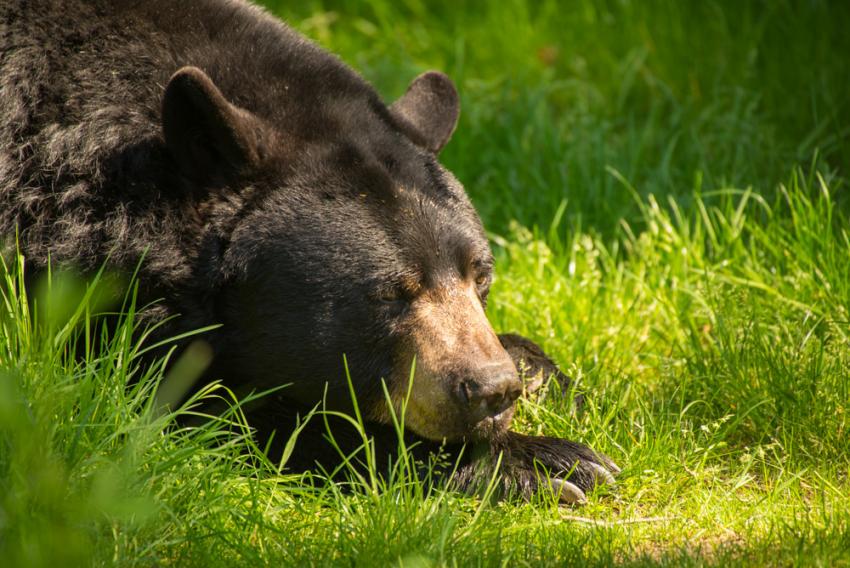 Hibernation, torpor or just a long winter's nap? Whatever you call it, it's ending now!

Across North America, from Canada to the northern half of Mexico and in at least 40 U.S. states, lethargic black bears are shaking off the sleep to sniff out the goods of spring. The Oregon Zoo's four resident black bears — Takoda, Cubby, Tuff and Dale — have been stirring as well.

"After going into torpor around mid-October of last year, the bears have just started playing a lot more, and their hunger has increased over the past week or so," said Julie Christie, the zoo's senior North America keeper.

Though most bears experience some form of winter slumber, many scientists refrain from calling it a true hibernation. 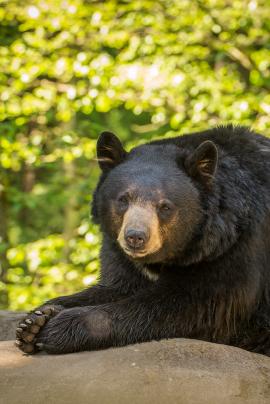 Unlike bats, woodchucks or the notorious Arctic ground squirrel — which turns nearly frozen and whose brain cells shrink during dormancy — bears' body temperatures don't drop quite so low.

"Their metabolism only falls by half compared to the other mammals," Horner says.

The reason for this, she explains, stems from the fact that bears' brains are much more alert throughout torpor.

"During a warm winter especially, bears wake up and move about the den," she said. "They may even leave in search of food. It's more like a long, broken nap."

With black bears particularly, nap length can vary geographically. In the north — where berries, plants and bug larvae die in winter weather — torpor may last around seven months. But where it's warm and food is abundant year-round, as in the southern United States, bears may bypass hibernation all together. Here in temperate Oregon, black bear torpor generally lasts five or six months.

To mirror natural conditions, the animal-care team at the zoo reduces the black bears' winter diets significantly, then ramps them back up for spring.

"Most of our bears don't experience the full slumber," said keeper Renée Larison. "They just get really sleepy and much less active."

Once abundant in nearly all of North America's forested regions, black bears have lost much of their habitat and were extirpated from great swaths of their former range. But populations have been bouncing back over the past two decades: 60 percent of U.S. and Canadian states and provinces report growing numbers, according to the International Union for Conservation of Nature, which lists the bears' current population trend as "increasing."

As spring temperatures rise around the Northwest, other animals have slipped from their similarly drowsy states. Western bumblebee queens are popping out of their underground hibernations and local brown bats are unfurling their wings. But enjoy the liveliness now — to survive low resources and the cold weather, everyone will be feeling heavy eyelids again next fall.