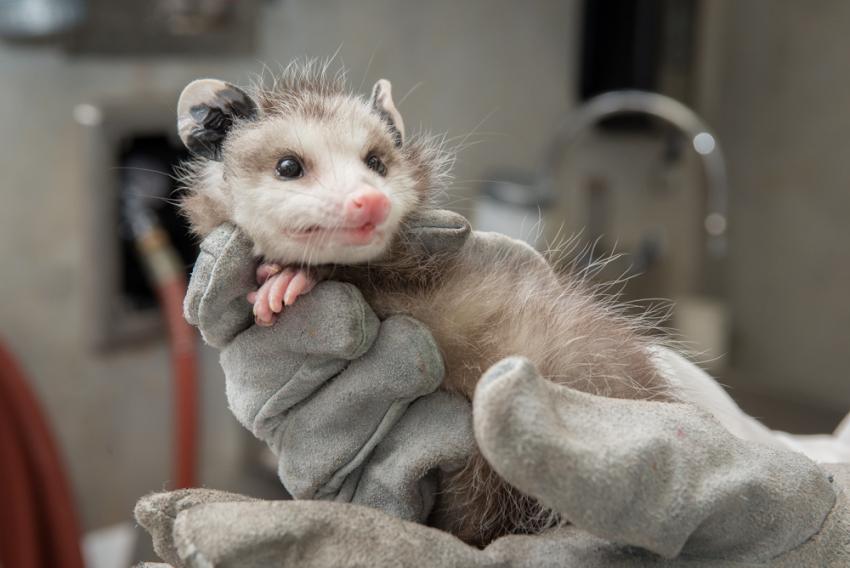 After brief Oregon Zoo stay, opossums have moved to a new home in Atlanta

Spring has sprung, and new life is all around at the Oregon Zoo — sometimes popping up in unexpected places. In late May, two orphaned opossum joeys were found digging inside trash containers along a pathway in the zoo's Great Northwest area.

Animal-care staff managed to catch up the tiny marsupials — both male and estimated to be less than 2 months old — removing them to the zoo's veterinary medical center for a health check. Once vets determined they were both OK though, there was the issue of what to do with them.

Opossums — the only marsupials found in North America — are not native to the western states, and their status as a non-native, invasive species makes it illegal to rehabilitate and release them in Oregon.

Luckily for these little ones — nicknamed Oscar and Fluffy after the two trashcan-dwelling Muppets on "Sesame Street" — opossums are considered great ambassador animals, and they are regularly featured in educational outreach programs at zoos and wildlife centers.

Since the species is not currently included in Oregon Zoo presentations, staff made inquiries with colleagues at other institutions. The opossums briefly stayed behind the scenes at the Oregon Zoo while they awaited a flight out of town June 2 en route to a new, permanent home at Georgia's Zoo Atlanta.