Iconic Portland artwork gets a second life at zoo

After nearly 20 years spent languishing in obscurity, a classic Portland artwork is set to return to the public eye.

"The Continuity of Life Forms" — a huge midcentury-modern mosaic by renowned Portland architect and artist Willard Martin — was reinstalled at the Oregon Zoo last month at a site near the old zoo entrance, where the iconic piece stood for more than 50 years. 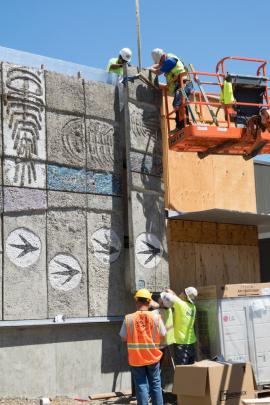 "This is a way of preserving the legacy of a local hero in addition to preserving part of the zoo's history," says Brent Shelby, one of the zoo's project managers. "There will be a lot of nostalgia for those who visited the zoo prior to the late 1990s."

Originally installed at the entrance when the zoo moved to its current location in 1959, the striking mosaic greeted visitors for 40 years, becoming part of the zoo's public face and lore. But in 1997, the zoo's main entrance was moved 200 yards uphill when TriMet opened its West Side light-rail line, which included a stop at the zoo.

The mosaic remained in its familiar place, but it became less visible over the years. A perimeter fence obscured the artwork from outside, and viewing opportunities inside the zoo were limited by the mosaic's out-of-the-way location: a corner off the main visitor pathway near the Amur tiger habitat.

"You wouldn't see it unless you were specifically looking for it," Shelby said. "It became one of those hidden treasures, almost forgotten by time."

The mosaic was given a second life though when the zoo announced plans for its new conservation education center, the fifth of eight major projects funded by a 2008 community-supported zoo bond measure. When the center opens next spring, Martin's work will occupy a prominent place near the entrance, a staging area for the thousands of children who participate in zoo camps, classes and field trips each year.

"We want the zoo to serve as a gateway experience to what may become a deeper relationship with the natural world," Shelby said. "So bringing 'The Continuity of Life Forms' back at this same location is ideal."

To prepare for education center construction, the mosaic was removed from its original setting two years ago and put into storage. It was re-installed as part of the new center in July. The project was supported in part by a grant from the Oregon Cultural Trust: Oregonians sustaining, developing and participating in our arts, heritage and humanities. Restoration work was also supported by the Oregon Zoo Foundation's Education Campaign, which raised more than $1.5 million for enhancements to the new center, as well as expanded education programming at the zoo and in the community. 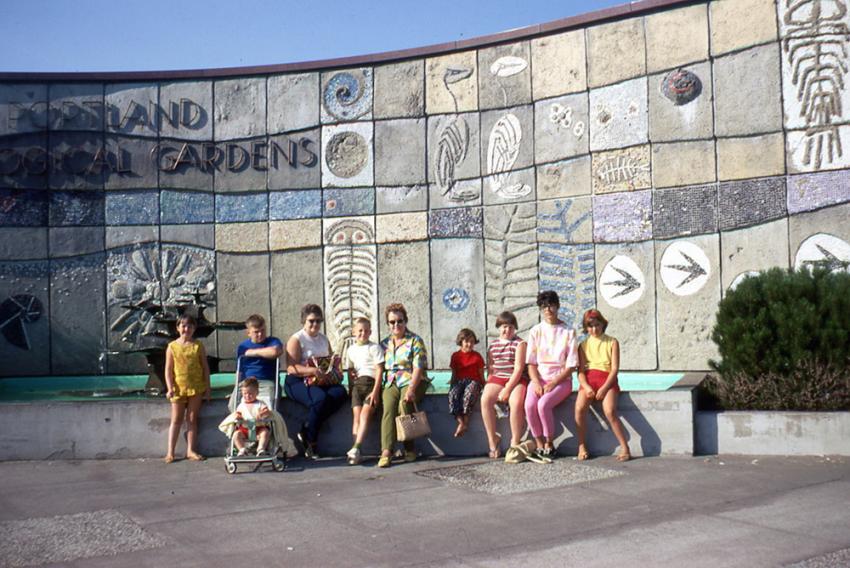 Created in 1959, the multi-paneled piece is a significant early work in the career of Martin, a noted Portland artist and architect best known for designing Pioneer Courthouse Square. The 20 panels form a work roughly 60 feet long and 15 feet tall, and capture a panoramic sense of history and being — the forces of life — out of footprints, seeds, leaves, shells, fossils and primitive life forms that might be found in the Earth's strata.

Martin and his son died in a tragic plane crash in 1985. Shelby says the zoo hopes the mosaic's renewed prominence will re-introduce the artwork — and Martin — to a new generation.