Goodbye to Bubba, one of area's largest, best-known snakes 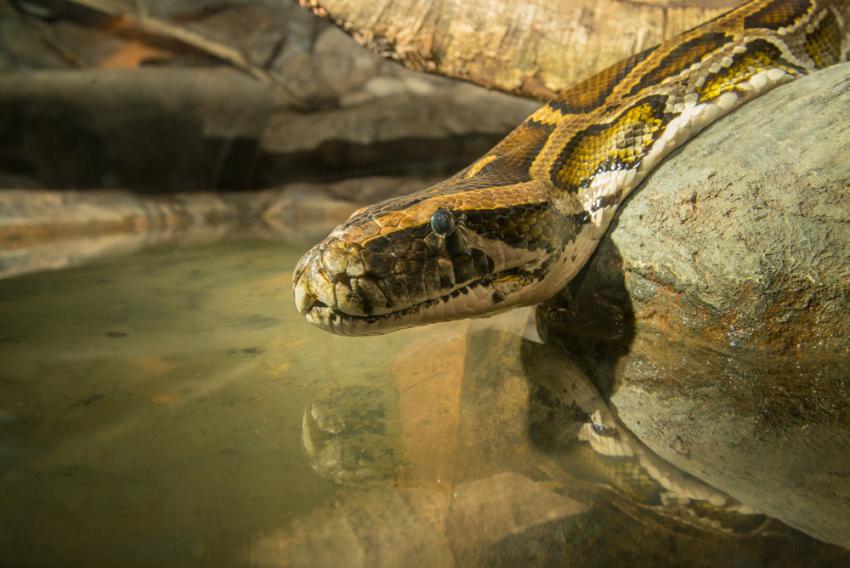 Bubba, a Burmese python who was among the biggest and best-known snakes in the Pacific Northwest, was humanely euthanized at the Oregon Zoo Thursday after a battle with cancer, veterinarians said.

At 25, Bubba was at the far end of the life-expectancy range for Burmese pythons, which typically live around 20-25 years. He was about 15 feet long and weighed nearly 110 pounds — and he was still growing. 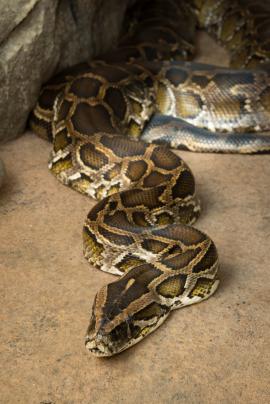 "Burmese pythons generally reach their adult size by the time they're 5 years old, but they keep slowly growing for their entire lives," said Oregon Zoo deputy director Sheri Horiszny. "They can grow to be more than 20 feet long and weigh up to 200 pounds — that's a lot of snake. Bubba wasn't quite that big, but he was still quite impressive."

Bubba was an ambassador for his species, Horiszny said, and his story spoke to the perils of exotic pet ownership.

The python first entered the public eye during a nine-year stay at OMSI, which cared for him after a pet owner could no longer handle the fast-growing snake. Bubba was 10 feet long and weighed 50 pounds when he arrived at OMSI in 1997, joining smaller reptile and amphibian species in the museum's Life Science Lab.

He kept growing, eventually becoming too large for his OMSI enclosure, and the zoo stepped in to provide him a home in 2006. Approaching 14 feet long and 100 pounds, Bubba took up residence in the zoo's Fragile Forests area ... and continued to grow. In 2013, caregivers moved him to a larger space in the zoo's Predators of the Serengeti area — even though Burmese pythons are not native to Africa — to provide him with a more comfortable home.

The Burmese python, one of the largest snakes in the world, is considered vulnerable in its natural Southeast Asia range due to habitat loss, hunting for leather, and capture for sale as pets.

The pet trade has also led to problems here in the United States: People have kept the pythons as pets until they grew too big to handle, then released them into the wild, where they threaten local ecosystems. In Florida, these hyper-carnivores are considered invasive, competing with native wildlife and eating virtually anything they encounter — even alligators. They pose a significant threat to endangered species such as the Key Largo woodrat.

"Many 'exotic' animals have complex care needs that can only be met by people with specialized training at licensed and properly equipped facilities, such as AZA-accredited zoos," Horiszny said. "Bubba was a much loved snake in our community, and he'll be sorely missed. We hope his story helps people make more responsible pet ownership decisions."