So these two tigers and a leopard walk into a bar... 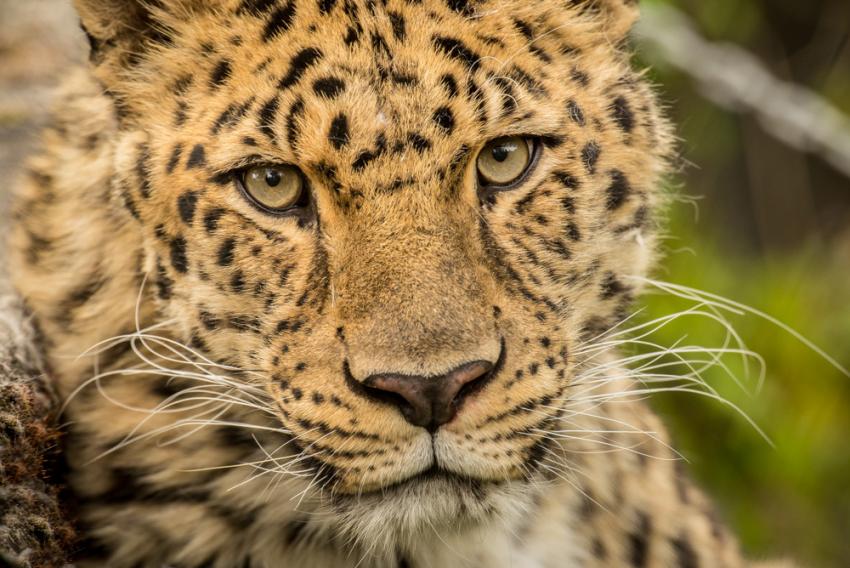 Some of the most endangered big cats on the planet could benefit from a little laughter this month during a comedy night at the Oregon Zoo. The Nov. 12 fundraiser, hosted by the Portland chapter of the American Association of Zoo Keepers, supports the Amur Leopard and Tiger Alliance and features a performance by local comedian Caitlin Weierhauser.

Amur tigers and leopards, native to southeast Russia, are among the world's most endangered big cats: Only 400 to 500 Amur tigers are believed to remain in the region, while the wild population of Amur leopards has dwindled to around 70 individuals due to poaching, inbreeding, forest fires and human encroachment.

"We have a couple of ambassadors from the Amur region here at the Oregon Zoo," said keeper Beth Foster. "Mikhail the tiger and Borris the leopard. We hope to reverse the fortunes of their wild counterparts with a great night of comedy. The proceeds are going to an organization with a proven impact on the species' survival."

Emceed by Poison Waters, the event runs from 6 to 9 p.m. in the zoo's Cascade Ballroom and includes live music, hors d'oeuvres and drinks, silent and live auctions, and a performance by Weierhauser. General seating tickets for this fundraiser are $55 ($100 for two) and premier seating tickets are $80 ($150 for two). Tickets can be purchased online at zoocomedynight.com.

A veteran of Portland's comedy scene, Weierhauser has performed at the All Jane Comedy Festival, Bumbershoot, Seattle Sketchfest and Bridgetown Comedy Festival. She is a member of Lez Stand Up and a cohost of You're Welcome, a weekly standup showcase at Mississippi Pizza.

The AAZK is a nonprofit, volunteer organization made up of professional zookeepers and other interested persons dedicated to professional animal care and conservation.