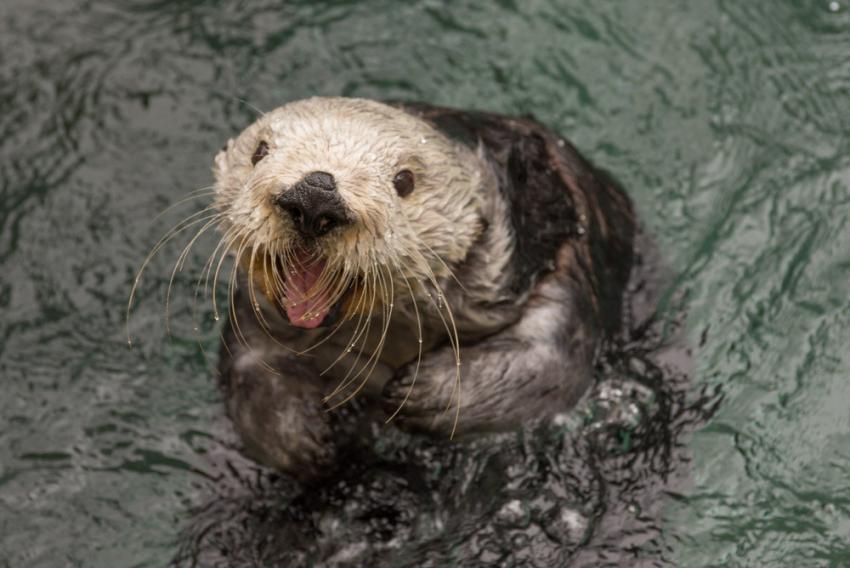 A rescued orphan, Thelma raised a pup and survived to old age with just one lung

Thelma, a sea otter at the Oregon Zoo who survived into old age with one lung and continually beat the odds, was humanely euthanized Saturday following a decline due to complications related to her advanced years.

Rescued as a pup in 1998, Thelma was believed to have been around 19 when she died, which is geriatric for a sea otter. In 2012, she was included in an Oregonian article about elderly Oregon Zoo inhabitants that highlighted the ways keepers and veterinary staff care for animals approaching the end of life.

"We knew she was getting up there in years and wouldn't live forever, but it's still hard to believe she's gone," said Nicole Nicassio-Hiskey, the zoo's senior marine life keeper, who worked with Thelma for more than 15 years. "She beat the odds at every turn. She was incredibly tough, but at the same time she had a really gentle and nurturing spirit." 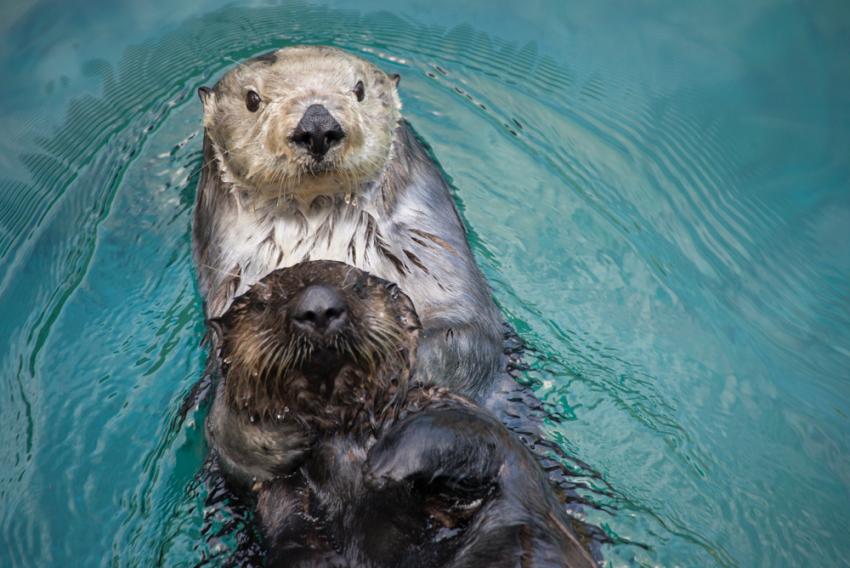 Thelma arrived in Portland with her companion Eddie in 2000, when the zoo opened its Steller Cove marine life habitat. Both otters had been rescued by the Monterey Bay Aquarium's Sea Otter Research and Conservation program but eventually were deemed non-releasable by the U.S. Fish and Wildlife Service and were recommended for transfer to the Oregon Zoo.

Since so many orphaned pups already need homes each year, breeding sea otters is not permitted and birth control is required for those in human care. But on Jan. 5, 2001 — despite birth-control implants and the fact that she was still fairly young — Thelma surprised everyone by giving birth. Her pup, named Ozzie or Oz for short, was the first southern sea otter to be conceived, born and raised by an otter in human care. He now lives at the Georgia Aquarium in Atlanta.

In 2006, Thelma defied the odds yet again. Caregivers noticed she was less interested in food and "not quite herself," and subsequent testing revealed her left lung was not inflating properly. Veterinarians attempted surgery to repair the lung, but it was in such poor condition they determined Thelma's best chance at survival was to have the lung completely removed. It was the first time that type of procedure had ever been attempted on a sea otter, and caregivers weren't sure it would work.

"Remarkably, Thelma not only survived but thrived," Nicassio-Hiskey said. "You would never have known it to look at her, but for the past 10 years she was swimming and diving and wrestling with Eddie — all with just one lung."

Thelma continued to be active and playful into her old age, and in 2015, the zoo named her its Mother of the Year for her role as an adoptive mom, bringing up the orphaned otter pup Juno, who'd been rescued along the California coast the previous year. Juno was just 5 months old when she met Thelma for the first time, in 2014.

"She was an amazing foster mom to Juno, probably because of the experience she had raising Oz," Nicassio-Hiskey said. "They made a striking pair. Juno was much smaller than she is now, with rich brown fur over her entire body, whereas Thelma's fur had turned white with age around her face and neck. Even though she was elderly for a sea otter, Thelma was still spry — very energetic and playful."

Sea otters — listed as threatened on the Endangered Species list — once ranged along the north Pacific Rim from Japan to Baja California, including along the Oregon coast, and are thought to have numbered between 150,000 to 300,000 animals. Prized for their fur, the animals were hunted to the brink of extinction during the late 1800s and early 1900s. By 1911, aggressive fur-trapping campaigns had reduced the global sea otter population to around 2,000.