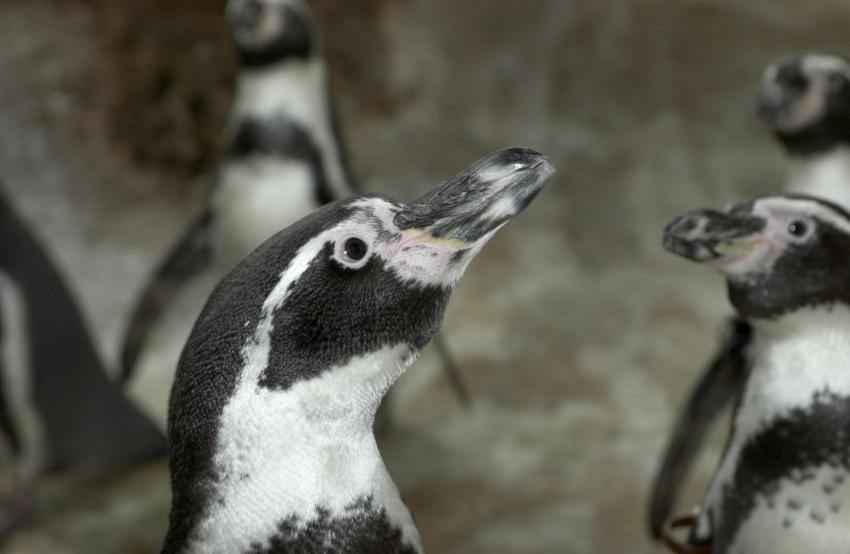 After a monthlong stay in the polar bear habitat while repairs were made to their penguinarium, the zoo's 25 Humboldt penguins are marching home. They completed the 100-yard migration Thursday morning with the help of a team of keepers, and guests can visit them in their new and improved habitat starting this weekend.

"The penguins did really well in the polar bear habitat," said Travis Koons, who oversees the zoo's bird population. "But it's always nice to come home."

It's especially nice to come home to a clean house. The penguin colony will enjoy some upgrades to their habitat, including a newly refreshed attic area for the Inca terns who share their space. Upon returning home, the birds eagerly waddled in and took a quick look around before splashing into their 25,000-gallon pool.

In 2012, the zoo completed an upgrade of the penguinarium's water-filtration system, one of many improvements funded by the community-supported 2008 zoo bond measure aimed at protecting animal health and safety while conserving and recycling water. The upgrade saves millions of gallons each year.