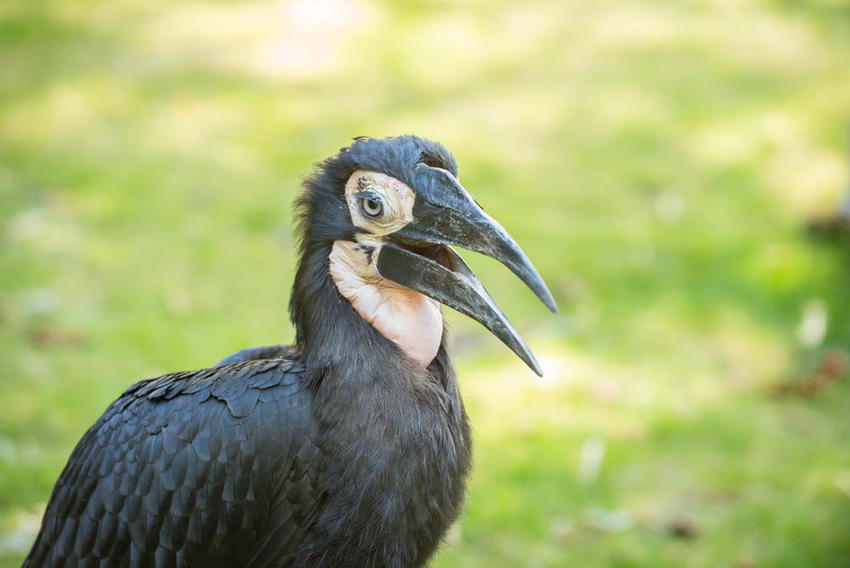 He bats his eyelashes and it's hard not to fall for Zuberi, a young southern ground hornbill who almost didn't make it. Today, his zoo family describes him as incredibly smart and mischievous. Curator Tanya Paul refers to him as "our little dinosaur," but there was a time when this charismatic creature's future hung in the balance.

Zuberi's mom was injured while he was warm and toasty in his shell; he hadn't hatched yet. A team swooped in to tend to the egg. After he hatched, veterinarians, zookeepers and hand-rearing experts worked round the clock to keep the chick healthy through those rough early months, which included nutritional issues and one surgery.

There were times when they didn't think he would survive, and his existence today is a testament to the commitment his team of caretakers demonstrated. "It was all hands on deck — a very collaborative process," said Paul.

Mandy Stanford, program animal specialist, thinks Zuberi is an amazing success story. "It felt like everyone really rallied to help him get where he is," she said. "So, when I see him flying on the lawn for visitors, it is that much more meaningful after his rocky start."

The intervention meant that Zuberi wouldn't be able to return to his parents in the African Savanna habitat. He could, however, become one of the zoo's program animals, serving as an ambassador for his species during live encounters with groups from schools and communities around the region. The Oregon Zoo Foundation has earmarked $1 million in the recently announced Heart of the Oregon Zoo campaign to keep our animal welfare programs robust and growing.

Native to South Africa, southern ground hornbills are listed as IUCN vulnerable, which means they are likely to become endangered if conditions don't improve. Zuberi plays an invaluable role connecting people with the plight of his and other species living on the brink of extinction.

Conservation impact manager Kathayoon Khalil explained why: "Empathy is built through vibrant experiences. Our animals are one of the strongest tools we have to build empathetic connections." Seeing animals like Zuberi up close helps people make meaningful connections in ways that just don't happen with curated interactions such as those encountered in videos or textbooks.

"Ambassador animals are at the heart of the work that we do," added Paul. "Each of these animals has something that they contribute to this world and we're able to share that with people and be their voice, which is really humbling."