Veterinarians and animal-care staff conducted their first examination of Mei Mei's 6-week-old red panda cub at the Oregon Zoo today, and answered a question that's been on a lot of people's minds: It's a boy!

Mei Mei, a 4-year-old red panda at the Oregon Zoo, gave birth to her cub on June 18. Since then, animal-care staff have been taking a hands-off approach, giving the mom and newborn as much privacy as possible in a behind-the-scenes maternity den.

"As her cub grows, Mei Mei has been spending more time outside and away from the den box," said animal curator Amy Cutting, who oversees the zoo's red panda area. "Today, we had a chance to go in and do our first veterinary checkup."

With mom otherwise occupied, the zoo's animal-care staff conducted a complete physical exam of the cub, confirming he is a male weighing about 2.5 pounds.

"Mei Mei has been a terrific mom so far, and her boy appears to be in great health," Cutting said. "We'll still be taking a mostly hands-off approach, and let the cub gradually get used to our care staff. It will be another month or so before he ventures out of the den box on his own." 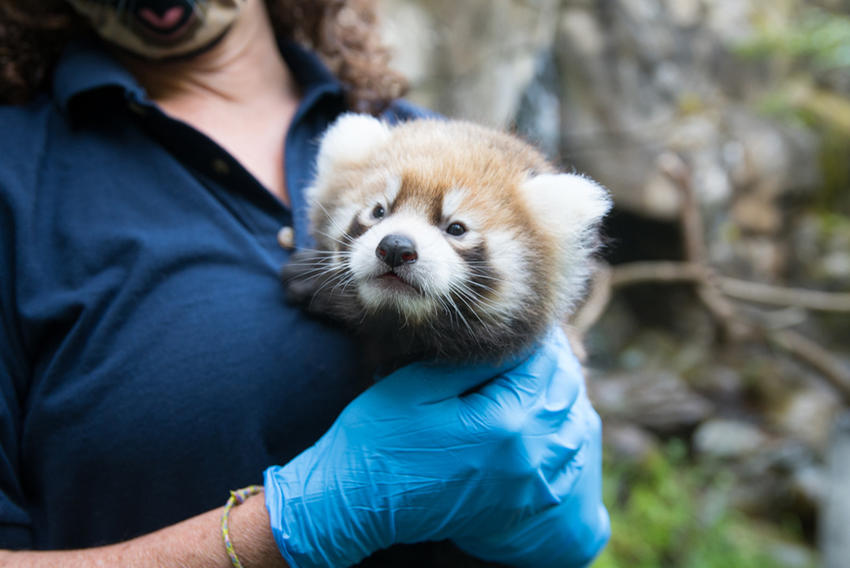