Q&A with Senator Merkley and polar bear expert will be livestreamed Dec. 8

The discussion, moderated by Oregon Zoo polar bear expert Amy Cutting, will be livestreamed on Tuesday, Dec. 8, at 11:30 a.m. PST on the Oregon Zoo, Senator Jeff Merkley and Polar Bears International Facebook pages. The conversation will explore how drilling in the refuge could impact the survival of polar bear mothers and cubs, and why policy efforts are needed to protect wildlife in this pristine region.

Merkley, a member of the Environment and Public Works Committee, the Bicameral Task Force on Climate Change and the Senate Select Committee on the Climate Crisis, has been a climate champion in the Senate, pushing legislation that would ban new fossil fuel leases on taxpayer-owned lands and waters. As the federal government continued to open the Arctic to oil and gas drilling, Merkley has sponsored the Stop Arctic Ocean Drilling Act and Arctic Refuge Protection Act, and has led colleagues in urging the Department of Interior to reverse course.

Dr. Amstrup is chief scientist at Polar Bears International, a nonprofit focused on polar bear conservation. Prior to joining Polar Bears International's staff in 2010, he spent 30 years at the U.S. Geological Survey's Alaska Science Center, where he was project leader for polar bear research, studying all aspects of polar bear ecology in the Beaufort Sea. He led the research team whose findings convinced U.S. Secretary of Interior Kempthorne to list polar bears as a threatened species and is a past chairman of the IUCN's Polar Bear Specialist Group. 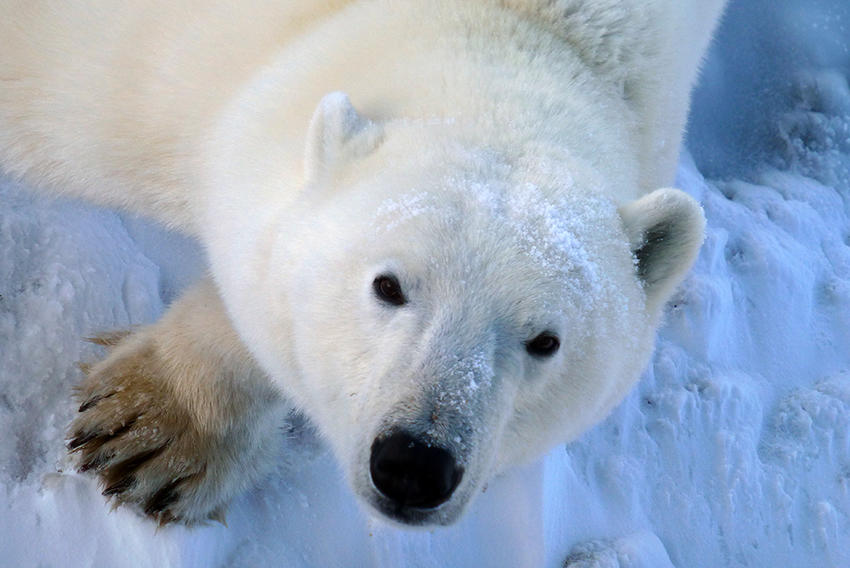 "Any decisions affecting the coastal plain of the Arctic Refuge must be based on science, and the science supports findings that the proposed leasing plan and future seismic activities would pose an unacceptable risk to an already imperiled polar bear population," says Dr. Amstrup.

"Drilling in this fragile and remote ecosystem is the height of irresponsibility," Merkley said. "It puts local communities, native peoples, subsistence hunters, and the environment at needless risk—and is particularly harmful to Arctic wildlife, like polar bear mothers and their cubs. As we face the already devastating impacts of climate chaos on our environment and public health, we must act quickly to reduce our nation's dependence on fossil fuels, not sacrifice our pristine natural resources and endangered wildlife to benefit the fossil fuel industry."

The Oregon Zoo Foundation is leading efforts to fund critical needs of the zoo while it is closed to help slow the spread of COVID-19. To contribute, go to oregonzoo/donate. Members, donors and corporate and foundation partners help the zoo make a difference across the region and around the world.