Three Rodrigues flying foxes are being raised at the Oregon Zoo this month, adding to the growing population of a bat species once considered the most imperiled on the planet.

Closer in size to a flying prairie dog — and in appearance to a flying Ewok — this endangered species is native only to Rodrigues, a tiny island in the Indian Ocean about 900 miles east of Madagascar. The bat plays an important ecological role on the island, where few other pollinators or seed dispersers exist.

Keepers say the new pups at the zoo are not only "adorable," but a testament to one of the most inspiring conservation stories in history: living proof of the impact people can have — both positive and negative — on wildlife and species conservation.

"Each new arrival is significant for this species," said Amy Cutting, who oversees the zoo's bat area. "Forty years ago, Rodrigues flying foxes were at the very brink of extinction. The fact that they're still around shows how people can make a difference for wildlife." 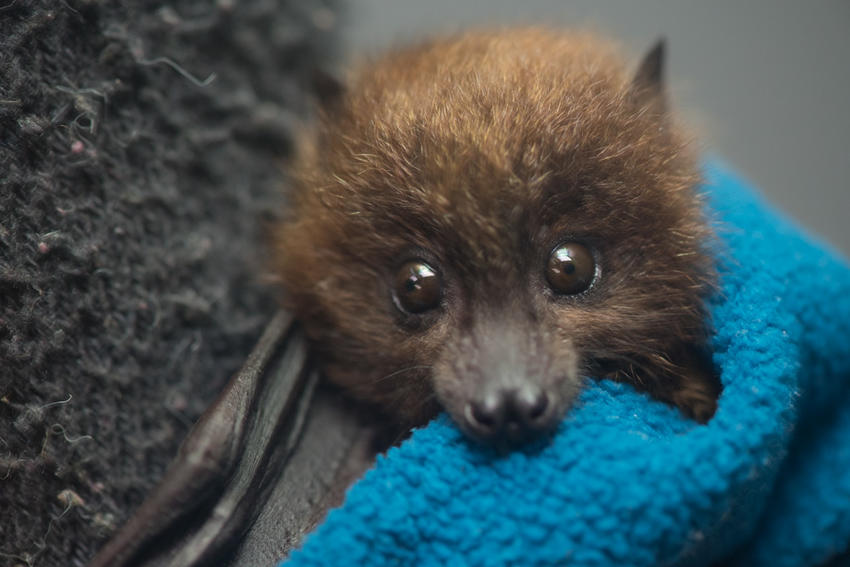 By the 1970s, much of the bats' forest habitat had been cleared, and the species was perilously close to disappearing. After a cyclone hit the island in 1979, fewer than 100 individuals remained, making the Rodrigues flying fox the rarest bat in the world.

The bats found a champion in English naturalist Gerald Durrell, who translocated some survivors to form a breeding colony aimed at repopulating the species. Today, the Rodrigues flying fox population has increased to around 20,000 thanks to more than four decades of conservation activity.

The Oregon Zoo began housing "Rods" — as they're often called in zoological circles — in 1994, and has raised more than 50 pups since then, periodically sending bats to other zoos as part of the Association of Zoos and Aquariums' Species Survival Plan for Rodrigues flying foxes — a cooperative program that helps maintain genetically diverse, self-sustaining populations to guarantee the long-term future of these animals.

"Keeping a healthy insurance population in zoos is especially important for this species," Cutting said. "With so few left and such a limited geographic range, a severe weather event on their island could essentially wipe them out."

The zoo's "bat cave," home to two species of Old World fruit bat, is temporarily closed to guests, but keepers and veterinarians continue to provide the same daily care for all the animals during the zoo's limited-capacity operations. Cutting said animal-care staff has been hand-raising one of the new pups, whose mother died just weeks after giving birth.