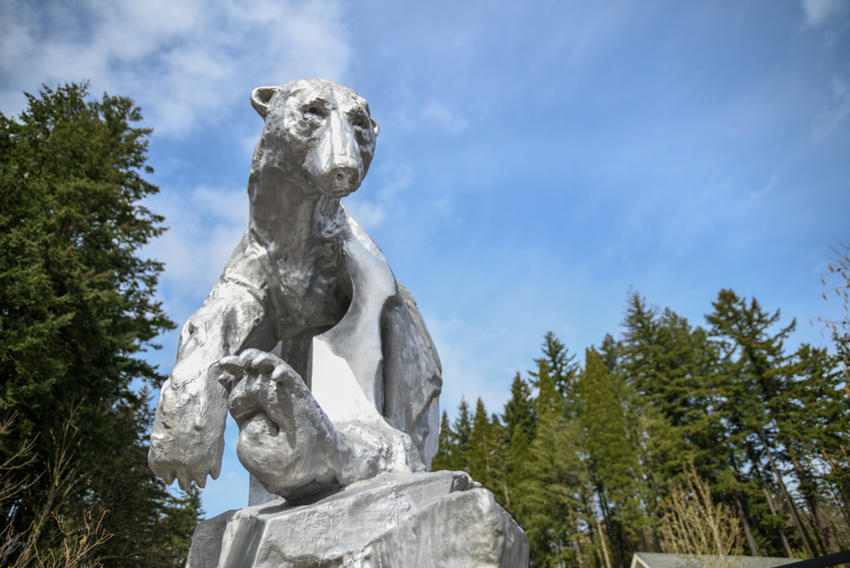 While fans eagerly await the return of Nora, another bear has quietly taken up residence at the Oregon Zoo's expansive new Polar Passage habitat.

"Melting Ice Bear," a 9-foot-tall cast aluminum sculpture by Veronica and Edwin Dam de Nogales, was lifted into place outside the habitat's Arctic Science Center in late February and has been making a big impression on visitors ever since.

The site-specific piece — depicting a figure that is half polar bear and half melting ice — is intended to raise awareness about climate change and its effect on this iconic and imperiled species.

"The ice bear is one with the ice," the artists explained in a statement. "Without the ice, the bear will cease to be."

As global warming reduces Arctic sea ice, polar bears struggle to find and catch seals, making it harder for them to survive. In 2019, the artists were invited to display a full-size resin replica of their "Melting Ice Bear" sculpture at the U.N. climate change conference in Madrid.

On the opposite side of Polar Passage, a pair of complementary polar bear sculptures, also by Dam de Nogales, forms playful benches for visitor seating. 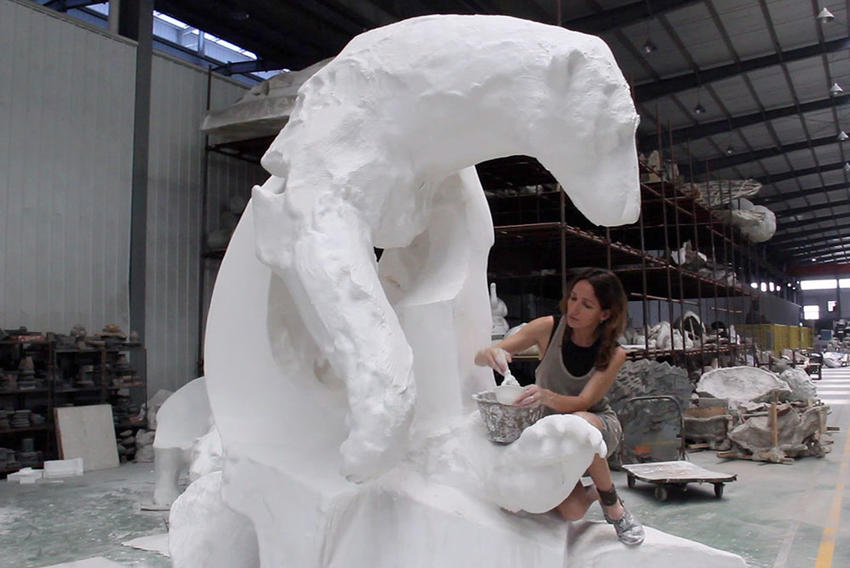 "Guests will see a dramatization of the shrinking ice pack and the resulting effect on polar bears," notes Kregg Hanson, chair of the zoo's art advisory committee. "The artists wanted to create pieces that conveyed their concern. They also wanted people to interact with the art — so guests can touch these sculptures, sit on them, and also reflect on climate change in our world."

Oregon's Percent for Art legislation ensures a portion of all eligible publicly funded construction projects is spent on public artwork, and that includes work funded by the community-supported zoo bond measure passed in 2008.

Some of Polar Passage's features were funded through the Oregon Zoo Foundation's $8.5 million Heart of the Oregon Zoo campaign, which supports zoo's animal welfare, conservation and education efforts. To learn more or to make a gift, call 503-505-5494 or email do-more@oregonzoo.org.