Oregonians love their coast, and a first-of-its-kind scientific survey has confirmed that Oregon's state mammal is no exception.

With a grant from the Oregon Zoo Foundation, ecologists from The Wetlands Conservancy have confirmed that beavers are using tidal wetlands in Oregon's Central Coast, expanding the scientific understanding of where "nature's engineers" live.

The survey, which explored estuaries from Yaquina Bay to the Salmon River, found dams and lodges in areas where scientists had not previously confirmed beavers' presence.

"We've always thought too much saltwater would kill a beaver, but then we started to see evidence up in Washington of them living on the coast and actually building their dams in tidally influenced areas," said Katie Ryan, executive director of The Wetlands Conservancy. "That led us to question what's happening here in Oregon."

Famous for their ability to transform landscapes, beavers have recently been credited with reducing wildfire and drought impacts by creating wetlands with their determined dam-building. This new understanding — combined with the Oregon survey findings — has implications for the state's coastal communities, according to Ryan.

"A lot of the tidal wetlands on the coast have been dewatered for agriculture, and for them to function as an ecosystem, they need to have water," she said. "Beavers are helping to bring the water back to those areas, creating critical habitat for juvenile and adult salmon, and many other species." 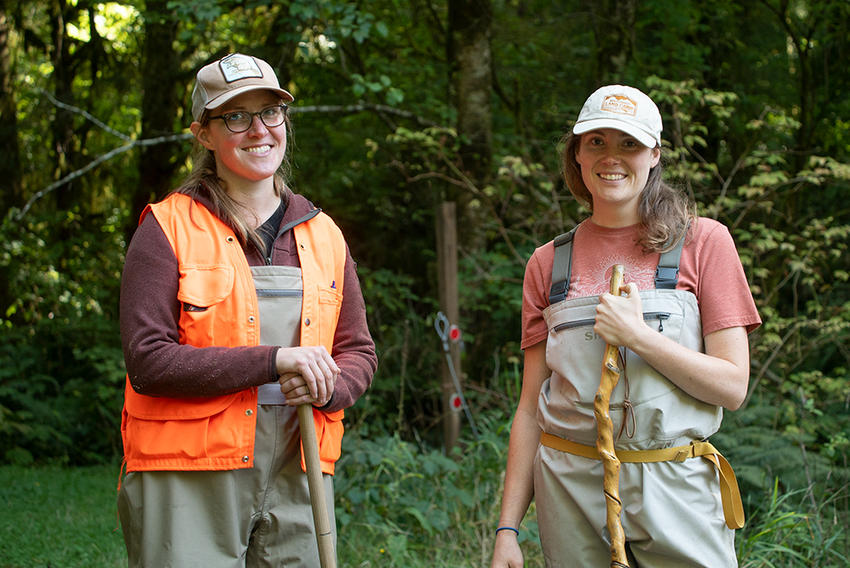 Ryan plans to expand the pilot program, studying Oregon's southern coast to determine whether beavers use the estuaries year-round or change the salinity of the wetlands they live in. She hopes the data will inform land-management decisions and aid in human-beaver coexistence.

"Beavers are one of the most influential species on the landscape," said Amy Cutting, who oversees the zoo's North America area. "They're incredibly important to the health of our ecosystems, and healthy estuaries provide a buffer against storms."

Though Oregon is known for its beaver population, that hasn't always been the case. In the 19th century, American beavers were hunted and trapped for their fur; by about 1900, they had all but vanished from many of their original habitats. Thanks to re-establishment programs and hunting regulations, beavers have made a comeback, and are now listed as a species of least concern by the International Union of Conservation of Nature.

The Wetlands Conservancy's coastal beaver survey is one of four projects made possible with $40,000 in grants from the Oregon Zoo Foundation to the Oregon Conservation and Recreation Fund. Support from the foundation enhances and expands the zoo's efforts in conservation, education and animal welfare. Members, donors and corporate and foundation partners help the zoo make a difference across the region and around the world. To make a gift or learn more about the foundation, email foundation@oregonzoo.org or go to oregonzoo.org/donate.