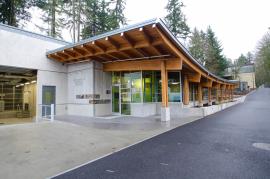 The Oregon Zoo Bond Citizens’ Oversight Committee told the Metro Council on Thursday that the Oregon Zoo bond program has the structure, processes and staffing in place to effectively manage the bond funds. The committee noted program accomplishments including a new 20-year master plan and completion of two major construction projects — the new Veterinary Medical Center and a new penguin life support system that will save millions of gallons of water annually. They made no recommendations to change the program.

This was the second annual assessment by the Metro-appointed committee of the plans and improvements funded by the $125 million bond measure. Establishment of the 17-member committee, appointed by the Metro Council in January 2010, was a condition of the bond measure.

The report is available online.

The zoo bond covers planning and construction of new and expanded zoo habitats for elephants, polar bears, and primates; an entirely new California condor exhibit; a new conservation education facility; and improved energy and water conservation measures across the zoo campus. The zoo will, for example, save water by phasing out hippos in favor of an expanded habitat for endangered rhinos and will conserve energy with a new campus-wide heat exchange system. These projects will be constructed over the next six to eight years, including the first phases of some projects that will eventually become zoo-wide improvements. The new Veterinary Medical Center, also paid for by the bond, opened in January.

“The Citizens’ Oversight Committee has validated our own assessment of the Oregon Zoo’s progress on new exhibits and facilities. Designs for the new exhibits are beautiful and the work is progressing thoughtfully and efficiently,” said Shirley Craddick, Metro Councilor for District 2. “We appreciate the work of this highly accomplished group of citizens who are maintaining public trust in Metro’s management of the zoo’s bond-funded projects.”

This is the second report from the Oregon Zoo Bond Citizens’ Oversight Committee, formed to assess progress in implementing the Oregon Zoo Infrastructure and Animal Welfare Bond Program on behalf of the Metro Council and citizens. The committee meets quarterly to review the program of bond-funded zoo improvements, with emphasis on responsible use of bond dollars, and reports to the Metro Council annually. They monitor project spending trends and current cost projections, make recommendations for project modifications should projected construction costs exceed budget estimates, and provide feedback on an annual independent zoo bond financial audit. Members include professionals with experience in construction, sustainability, animal welfare, labor, finance, public budgeting, and auditing and general business. 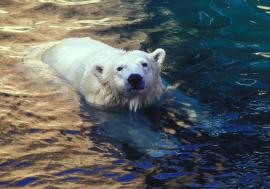 The committee noted that the zoo’s new master plan will provide a clear blueprint for the process to realize bond measure goals. Approved by the Metro Council in November, the master plan provides the means for zoo managers to anticipate and prepare for future needs while making most efficient use of the bond funds.

The Oversight Committee reported that the zoo bond program has a clear organizational and governance structure, appears to be appropriately staffed, has a level of overhead comparable to other Metro programs, and has internal reporting processes in place for the active construction projects. They noted that the zoo has addressed the issues raised in a 2009 Metro audit of zoo projects and received a positive follow-up report from the auditor’s office in October 2011.  An annual audit report by Moss Adams issued in December noted no concerns.

The Oregon Zoo operates under a conditional use permit issued by the City of Portland. Metro submitted an application last year for several of the new projects as amendments to the existing permit. These include the new elephant and condor habitats and some related projects necessary to facilitate construction. The city approved this application March 2. Metro will submit an application to the city this spring for the remainder of the projects under its new 20-year master plan. The committee noted the value of separation of the two land use applications.

“We appreciate the Oversight Committee’s positive assessment of our work. With city approval of the new elephant habitat, we can move forward on projects that will transform significant areas of the zoo,” said Craig Stroud, Oregon Zoo bond program director. “We look forward to timely issuance of our master plan permit so that we stay on schedule to deliver improved animal habitats, a better visitor experience and improved conservation of water and energy.”

The committee did not recommend any project modifications and will continue to monitor plans and construction over the life of these projects.