Zoo's condor-breeding season gets off to early start 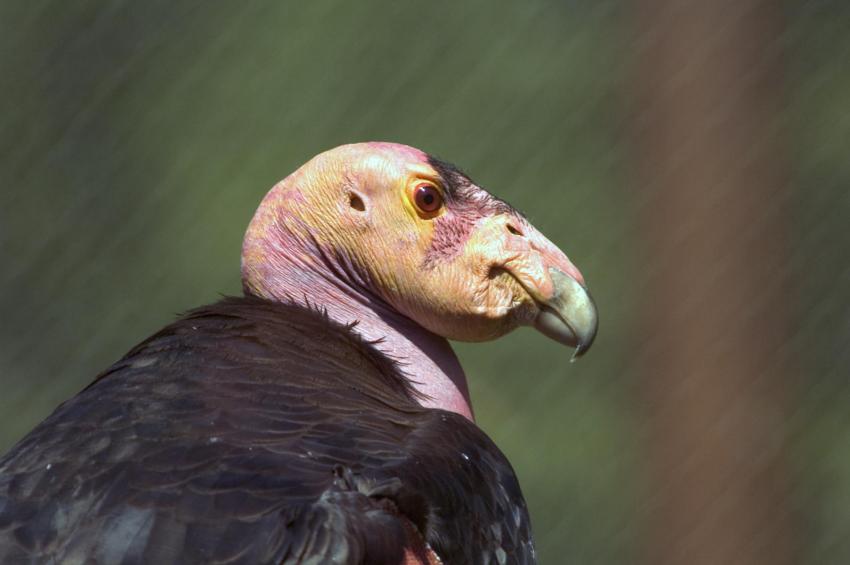 California condor breeding season arrived earlier than usual this week at the Oregon Zoo's Jonsson Center for Wildlife Conservation. The first egg of the season, laid by Malibu, came shortly before 4 p.m. on Jan. 21 — the earliest egg since the zoo started breeding the critically endangered birds in 2003.

"We're off to a good start," said Kelli Walker, the zoo's lead condor keeper. "I examined the egg briefly, and it seems to be in fine shape. Maluk and Malibu are experienced parents, and they've been doing a great job of incubating and nesting."

Malibu was the first condor to lay an egg last year as well, although that one didn't arrive until Feb. 14, Walker said. She thinks the early start this season may have to do with a milder, drier winter. Before this year, the earliest an egg had arrived at the Jonsson Center had been Jan. 28 (laid by Ojai in 2011). Eggs should continue to arrive to other breeding pairs through March, Walker says, and another five might be laid before the season is over.

"At this point, each egg that arrives and every chick that hatches is vitally important to the survival of this species," Walker said.

The California condor was one of the original animals included on the 1973 Endangered Species Act and is classified as critically endangered. In 1982, only 22 individuals remained in the wild and by 1987, the last condors were taken into captivity in an attempt to save the species. Biologists decided to place the remaining condors in a captive-breeding program.

California condor numbers now total around 400, counting those in breeding programs and in the wild. Forty chicks have hatched at the Jonsson Center since the program began in 2003, and more than 25 Oregon Zoo-reared birds have gone out to field pens, with most released to the wild. In addition, several eggs laid by Oregon Zoo condors have been placed in wild nests to hatch.

Related links:
Learn more about California condor recovery work at the Jonsson Center for Wildlife ConservationGet a sneak peek at Condors of the Columbia, a new Oregon Zoo exhibit opening in 2014