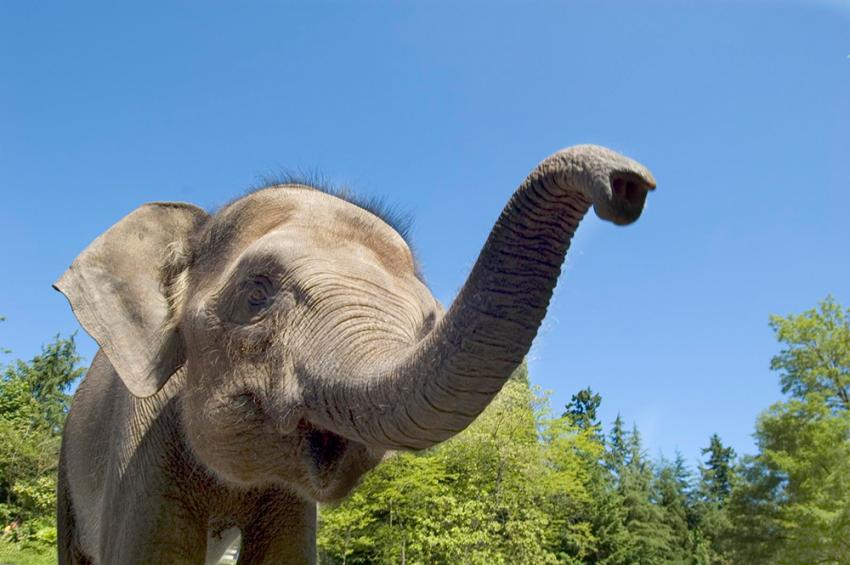 Zoo empowers community to push for 'no deforestation' palm oil

Before Chendra became a beloved member of the Oregon Zoo's elephant family, she was a palm oil orphan.

In 1993, Malaysian wildlife officials discovered the baby pachyderm wandering near a palm oil plantation — wounded, frightened and alone. A shotgun blast to the face had blinded her right eye. Her family was gone, and her chances of survival were slim.

"At some point today, you will probably consume palm oil, and there's no way of knowing whether [it] contributed to the loss of an orangutan or elephant's habitat."

Palm oil is the world's most popular vegetable oil, used in everyday products like toothpaste, chocolate bars and lipstick. When tropical habitats are destroyed to produce palm oil, orangutans, elephants and many other species are left homeless. But some companies are taking steps to reduce palm oil's impact on wildlife.

This week, the Oregon Zoo is launching a project to help consumers use their influence to break the link between palm oil and deforestation.

"At some point today, you will probably consume palm oil, and there's no way of knowing whether that palm oil contributed to the loss of an orangutan or elephant's habitat," said Oregon Zoo education curator Grant Spickelmier. "But consumers have the power to change the way companies do business, and we want to empower our community to use that influence."

L'Oréal, General Mills and Starbucks are among 14 companies that have made some commitment to zero deforestation and greater transparency in their palm oil supply chain, according to the Union of Concerned Scientists Palm Oil scorecard. Other companies, like Kraft, have demonstrated commitments to environmental sustainability but have not yet announced plans to pursue zero-deforestation palm oil. 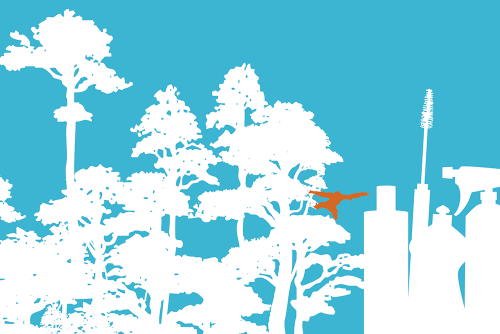 Let companies know that protecting wildlife is important to you.

People can take action both online and at the zoo. Beginning Sunday, zoo staff and volunteers stationed at Red Ape Reserve will offer visitors information about palm oil and its threats to wildlife, and help connect palm oil to popular products. The zoo will deliver the compiled messages to the companies in collaboration with Philadelphia Zoo and Point Defiance Zoo and Aquarium.

"People may not realize that products like macaroni and cheese, breakfast cereals, mascara and coffee shop pastries contain palm oil," Spickelmier said. "The companies that make these products are taking steps to ensure that their palm oil doesn't continue to harm wildlife, but the road to zero deforestation is a long one. We want those companies to know that wildlife-friendly products are important to consumers."

Related links:
See how other companies rank on their commitment to zero deforestation palm oilFind out how the Oregon Zoo is working with global partners to fight extinction