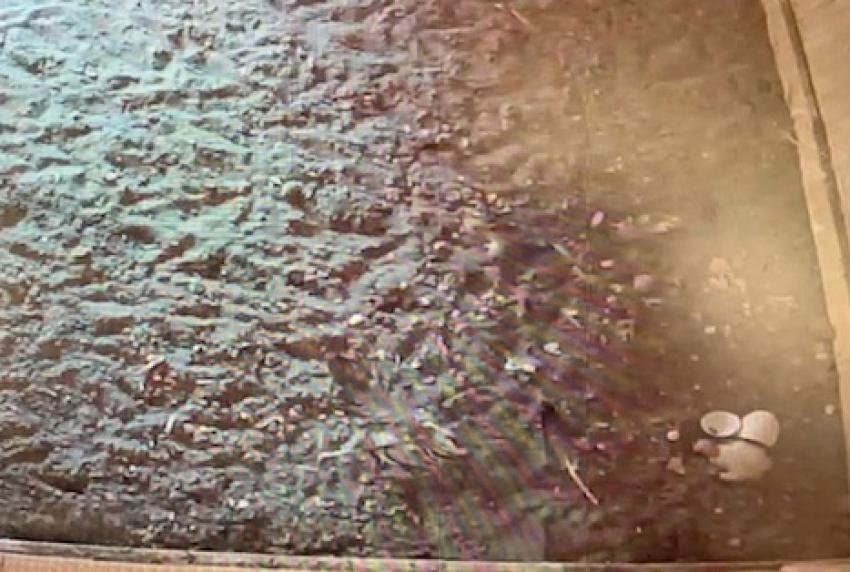 With a new chick (pictured at lower right) and 7 fertile eggs, Oregon Zoo condors are on track for a great year

A fluffy new chick came out of its shell at the Oregon Zoo's Jonsson Center for Wildlife Conservation this week, kicking off what looks to be great year for the condor recovery effort.

Since late January, condors at the offsite facility have been laying the groundwork for species recovery one egg at a time. The condors have laid nine eggs so far this year, with five confirmed to be fertile and three additional condor eggs arriving from other facilities. One has hatched, and the rest are expected to arrive in the coming weeks.

"Each new egg is important to the California condor's comeback," said Kelli Walker, the zoo's lead condor keeper. "Every chick that hatches makes a difference."

Care staff pay close attention during that critical first week after hatching, when condor chicks are particularly vulnerable. On Monday afternoon, Walker, who was watching a video feed of the nest, noticed the newly hatched chick was left alone and acted quickly to save it.

"Once we realized the chick had been left alone, we immediately moved it to the ICU to warm up. The next morning, we placed it in a new nest to be raised by a foster parent," said Walker. "Malibu, the chick's new mom, began tending to her baby right away. She hasn't left the nest box since."

Since 2003, 72 chicks have hatched at the Jonsson Center, and 56 Oregon Zoo-reared birds have gone out to field pens for release. In addition, several eggs laid by Oregon Zoo condors have been placed in wild nests to hatch. Staff hope the 2019 breeding season will provide another boost to those totals.