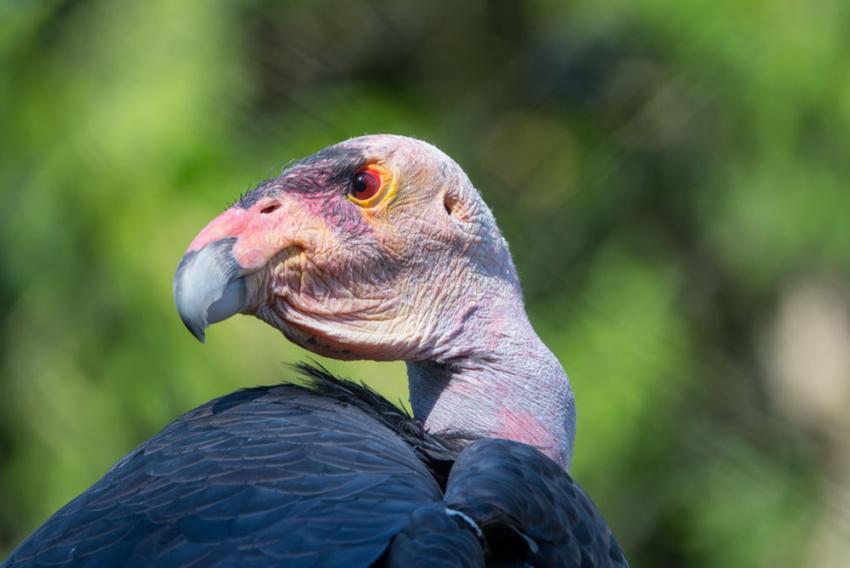 Though native to the region, and commonly seen here during the time of Lewis and Clark, California condors haven't soared through Northwest skies for more than a century. But if a new proposal from the U.S. Fish and Wildlife Service, the Yurok Tribe of Northern California and National Park Service passes, that could soon change. After successful reintroductions of America's largest land bird to areas in the Desert Southwest and the Baja Peninsula, the next big step in the species' recovery is reintroduction to parts of the Pacific Northwest — and some of those condors might hatch at the Oregon Zoo's Jonsson Center for Wildlife.

If the plan is approved, the Yurok Tribe will release condors as early as 2020 into California's Redwoods National Forest as an "experimental, non-essential" population, an Endangered Species Act designation that would protect the birds while minimizing the impact on neighboring landowners.

"This is an exciting time in the condor's history. After more than a 100-year absence, this magnificent bird could once again fly high above the Pacific Northwest," said Amedee Brickey, U.S. Fish and Wildlife Service California condor coordinator. "The successful reintroductions in southern California, Arizona and Mexico have taught us a great deal, and while challenges remain, we believe we have a model for success with these northern reintroductions."

"This is excellent news for condor recovery efforts," said Travis Koons, who oversees the Oregon Zoo's condor program. "The goal is to establish a self-sustaining population that someday re-inhabits the species' historical range, and this is an important step along the way. We're excited for the role Oregon Zoo-hatched condors might play in this reintroduction."

Since 2003, 78 chicks have hatched at the zoo's Jonsson Center, and 57 Oregon Zoo-reared birds have gone out to field pens for release. This year, eight more Oregon Zoo-hatched condor chicks are expected to join the wild population.

The partners will host public meetings in northern California and Oregon to provide information and receive input on the proposal and the environmental assessment in May 2019. The schedule is available at the NPS website.

The proposal for establishing a Northwest condor population will publish in the Federal Register on April 5, 2019, opening a 60-day public comment period. The Service will consider comments from all interested parties received by June 4, 2019. Submit your comment here.

To learn more about the reintroduction effort and to view and comment on the Environmental Assessment associated with this action visit: parkplanning.nps.gov.