Oregon has the West Coast's highest rate of vehicle-wildlife collisions, but road trips could soon be safer for both people and animals, thanks to new legislation signed by Gov. Kate Brown today. The bipartisan Oregon Wildlife Corridors bill aims to reduce collisions by mapping the state's major wildlife corridors and creating a plan to protect them.

Many species, from elk to butterflies, rely on migratory paths to find food, mates and seasonal habitat. Artificial barriers such as roads, housing developments and fences can block or alter these corridors, with deadly consequences for wildlife and people. Presently, wildlife agencies lack migration data to address these threats to humans, wildlife and the habitats we depend on.

According to data from the Oregon Department of Transportation, at least 3.4% of the state's vehicle collisions in 2018 involved wildlife; that percentage is higher than California and Washington combined, and the damage added up to $31 million. Around 55,000 deer and elk have been hit by cars since ODOT began tracking data in 2010.

House Bill 2834 requires the Oregon Department of Fish and Wildlife to map wildlife corridors and work with ODOT and other state agencies to protect them, for example, by incorporating wildlife crossings in new development projects. Wildlife crossings have been proven to save lives. An underpass in Central Oregon's Lava Butte reduced vehicle-deer collisions by 85%.

The legislation promises to benefit populations of smaller species in addition to large mammals. A well-known example is Portland's Harborton wetlands, where red-legged frogs must cross a highway, two roads and a railroad to reach their breeding grounds. 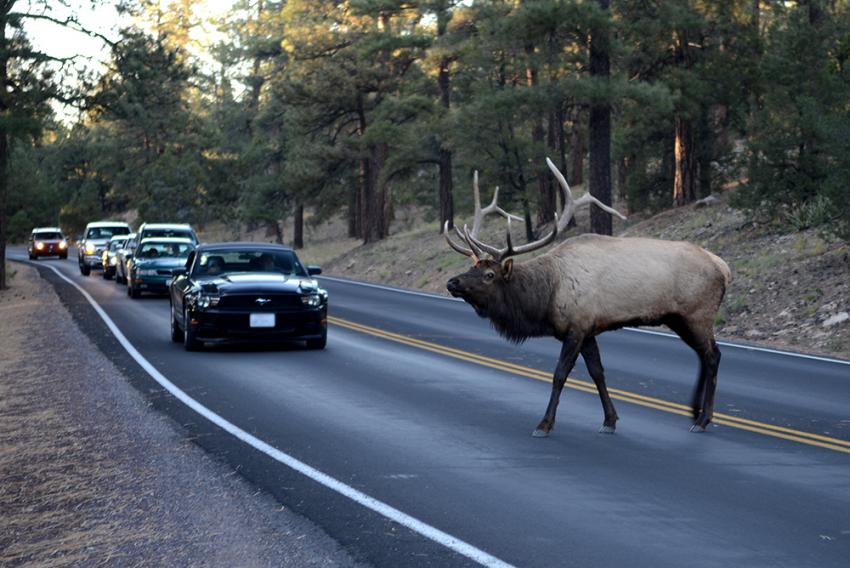 "Wildlands Network thanks Rep. Helm and Sen. Prozanski, who took an early stance on creating a better landscape for Oregon's wildlife and ensuring the safety of our own travel," said Wildlands Network's Pacific wildway director Jessica Schafer. "This bill is a critical first step in addressing continued fragmentation of our landscape and ensuring that wildlife are given access to move freely across the landscape. Maintaining wildlife connectivity is a key component to addressing continued loss of biodiversity."

Protection of wildlife corridors is a conservation goal with bipartisan support around the country. In the last decade, the Western Governors' Association adopted a wildlife corridor protection measure, and in 2018, Secretary of the Interior Ryan Zinke issued Secretarial Order 3362, designed to improve "the habitat quality in Western big-game winter range and migration corridors." Additionally, both red and blue states such as New Hampshire, Wyoming, New Mexico and California have recently passed measures to protect wildlife corridors.