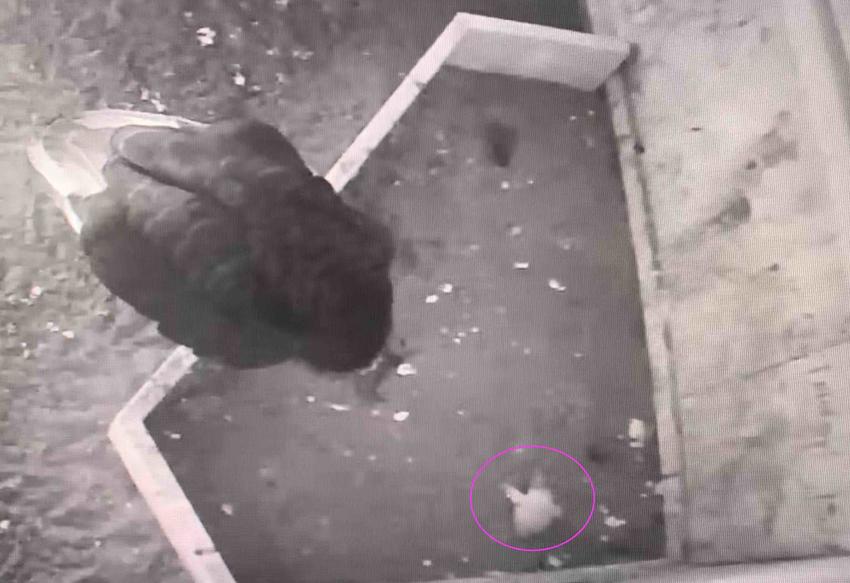 With a fluffy new chick and more on the way, Oregon Zoo condors are on track for a great year

You can't save California condors from extinction without hatching a few eggs. A proud condor mom welcomed a fluffy new chick at the Oregon Zoo's Jonsson Center for Wildlife Conservation this week, kicking off what looks to be great year for the condor recovery effort.

"Each new egg is critical to the California condor's comeback," said Kelli Walker, the zoo's lead condor keeper. "With only about 500 of these endangered birds in the world, every chick counts."

Since late January, condors at the offsite facility have been laying the groundwork for species recovery one egg at a time. One egg has hatched so far this season, and more are expected to arrive in the coming weeks.

"The new chick is sitting up and making plenty of noise already, which is an excellent sign," said Kelli Walker, the zoo's lead condor keeper. "Mom is being really attentive, and they're both doing great."

Typically, both condor parents will tend to a newly hatched chick, but the latest condor to join the flock is being raised by a single mom.

"We can occasionally have single birds raise a chick, which we're able to support because of the consistent close food supply at our conservation center," Walker said. "A single adult can feed and be back in the nest room before the chick gets cold."

The chicks that hatch this season will stay with their parents for at least eight months before moving to the Jonsson Center's pre-release pens for about a year and a half. Eventually, they will travel to a wild release site to join free-flying condors in California, Arizona or Baja Mexico. With so few of the birds left in the world, each new chick is vitally important to the species' survival.