More than 100,000 African elephants were killed for their tusks between 2010 and 2012. The illegal ivory trade - operated by highly organized international crime syndicates - is rapidly driving the world's largest land animal toward extinction.

The Oregon Zoo believes that bringing an end to the ivory trade in the U.S will help stop the illegal killing of elephants. 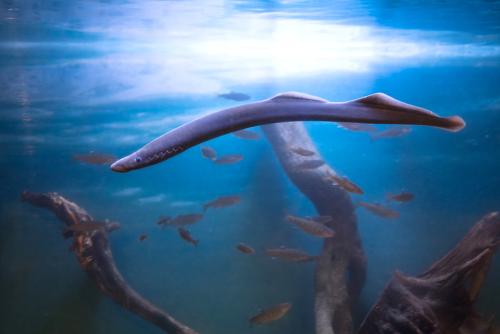 Pacific lamprey returned to the zoo this month, offering guests another chance to see one of the Pacific Northwest’s...