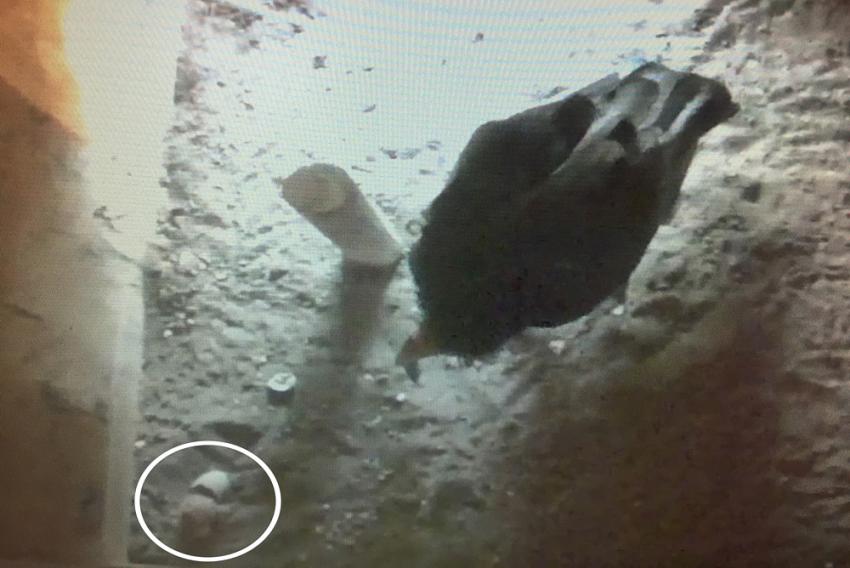 With two new chicks and nine eggs, Oregon Zoo condors are on track for a great year

Two pairs of proud California condor parents welcomed new chicks at the Oregon Zoo's Jonsson Center for Wildlife Conservation yesterday, kicking off what looks to be great year for the condor recovery effort.

Since late January, condors at the offsite facility have been laying the groundwork for species recovery one egg at a time. The condors laid nine eggs this year, with seven confirmed to be fertile. Two have hatched, and the rest are expected to arrive in the coming weeks.

Among the expecting condor parents this year is No. 348, known as Willie, and his mate No. 155, known as Timocho. The pair has raised chicks together before, including "re-hatched" offspring (originally incubated by other birds).

"Willie loves his chicks," Walker said. "I have never seen a bird get so excited as Willie when he hears a hatching chick. Last year, when Willie and Timocho were down eating and Willie heard the chick, he spun around in a circle on his toes with excitement, flew up to the nest room and settled on it immediately."

The California condor was one of the original animals included on the 1973 Endangered Species Act and is classified as critically endangered. In 1982, only 22 individuals remained in the wild and by 1987, the last condors were taken into captivity in an attempt to save the species from extinction. Thanks to breeding programs like the Oregon Zoo's, condor numbers now total around 450, with the majority of those flying free and breeding in the wild.

Since 2003, 63 chicks have hatched at the Jonsson Center, and 47 Oregon Zoo-reared birds have gone out to field pens for release. In addition, several eggs laid by Oregon Zoo condors have been placed in wild nests to hatch. Staff hope the 2018 breeding season will provide another boost to those totals.