Asian elephant Samson has a new home at the Oregon Zoo

Keepers hope Samson can serve as a "big brother" to the Oregon Zoo's young male, Samudra, who turns 10 this year and has begun to demonstrate adult behavior.

"We're very excited to have two Sams here," said Bob Lee, the zoo's elephant curator. "The timing is great because our young male, Samudra, is maturing into an adult bull, and he could benefit from the companionship of an older male."

In a natural setting, Lee said, adult male elephants are not permanent members of family herds. The majority of their time spent with females is for courtship and breeding, and the rest of the time, they live apart, sometimes forming bachelor herds. 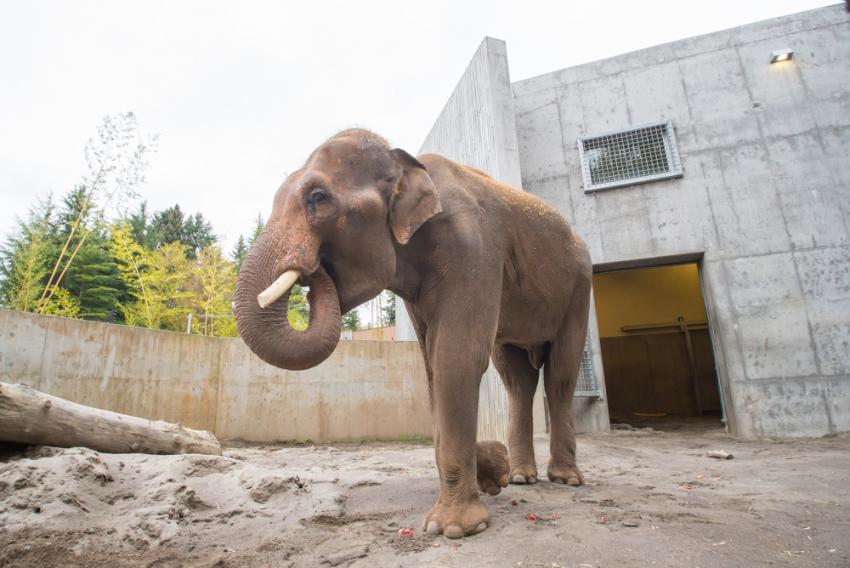 Lee is hopeful that Samson also will hit it off with Rose-Tu — mom to both Samudra and Lily — perhaps adding to the population of this highly endangered species.

"Over the years, we've learned the importance of family and connection as a critical part of an elephant's full social life," Lee said. "Belonging to a multigenerational family and participating in the raising of young — with male elephants coming in and out of the herd at different times — stimulates and motivates each member of the herd physically, emotionally and psychologically."

Samson will remain behind the scenes for a month or so before caregivers gradually begin acquainting him with Samudra, Rose-Tu and the rest of the herd. A date for Samson's public debut has not been set, but visitors should be able to see him in Elephant Lands by May.