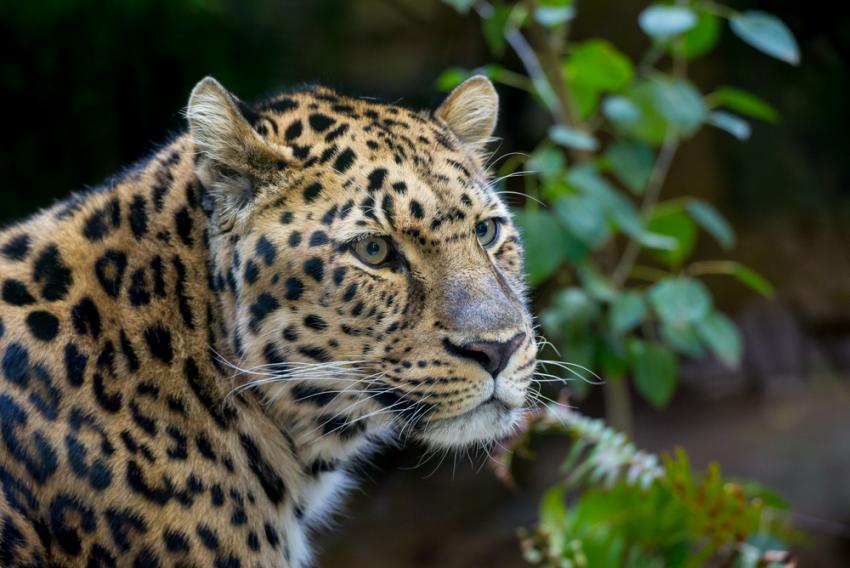 Borris, a beloved Amur leopard who was one of the oldest of his extremely rare subspecies, was humanely euthanized at the Oregon Zoo yesterday after a decline related to his advanced age, caregivers said.

"With only around 300 Amur leopards left on the entire planet, each passing is keenly felt," said Amy Cutting, who oversees the zoo's Amur cat area. "But this one is especially tough. We know that ultimately the pain of losing Borris will pale beside the joy of having had him in our lives. But this one is going to take a while. He was one-of-a-kind."

At 19, Borris was the second-oldest Amur leopard in any facility accredited by the Association of Zoos and Aquariums — and one of the oldest in the world. In recent months, as his flexibility deteriorated, caregivers had been using a bamboo backscratcher to help the geriatric cat groom himself.

Cutting described Borris as "simply a treasure" and said will be remembered for "his friendly temperament and goofy personality."

He was born May 5, 1999, and came to Portland in 2010 from the Miller Park Zoo in Illinois, on a recommendation from the AZA's Species Survival Plan for Amur leopards. He was popular with zoo visitors and staff — forming especially strong bonds with keepers, several of whom had worked with Borris since his arrival here.

In Portland, Borris joined the Oregon Zoo's female leopard, Kia. Amur leopards are solitary animals for the most part, but the pair got along well.

"Borris was hand-raised and came to us after several unsuccessful attempts to introduce him to other cats," Cutting said. "But Kia quickly told him what was what, and they lived comfortably together for many years. She was the only female who ever put Borris in his place enough to live peaceably, and sometimes they would even play together."

Amur leopards are at extreme risk of extinction, with only around 100 believed to remain in the wild. With so few animals available to breed, genetic variation is dangerously low. Accredited zoos are participating in coordinated breeding programs to help preserve these critically endangered cats, and a plan has been approved to reintroduce zoo-bred Amur leopards in a portion of their native habitat.