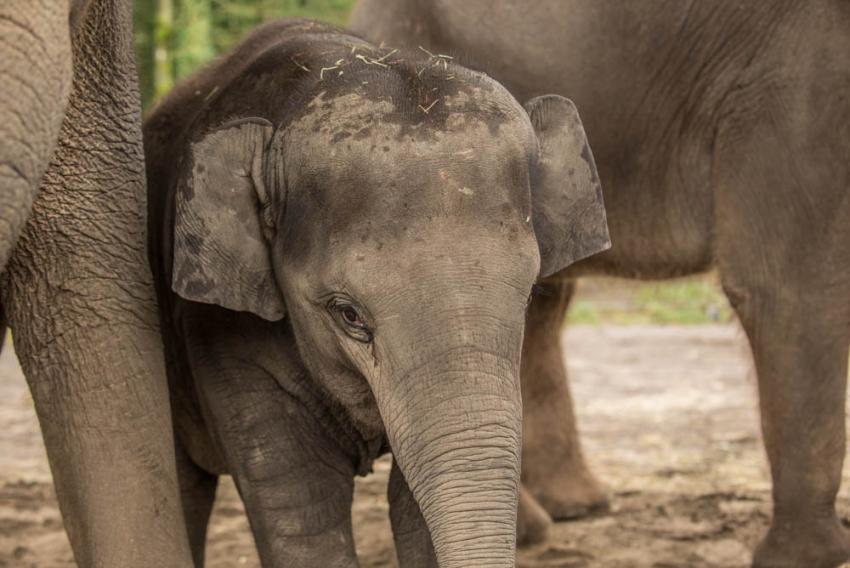 The Oregon Zoo is in mourning today following the sudden and unexpected loss of Lily, the youngest of the zoo elephant family, one day before her sixth birthday. Despite exhaustive efforts by veterinarians and care staff to save her, Lily succumbed late last night to a sudden onset of endotheliotropic herpesvirus (EEHV), a rapidly progressing and often fatal disease to which calves are particularly susceptible.

"I can't imagine a more devastating loss for this zoo family and our community," said Dr. Don Moore, zoo director. "Lily was the darling of the zoo. She was loved by everyone from her elephant family to the people who cared for her every day to her thousands of fans. Our staff did everything they could and fought to save her until the very end. Everyone is in mourning here. It is just heartbreaking."

Dr. Moore said the zoo will remain closed all day Friday, including during the scheduled evening ZooLights, with plans to reopen again on Saturday.

EEHV is known to be present in almost all Asian elephants, both in wild populations as well as those cared for by humans. Often, it remains latent, causing mild or no symptoms, but for reasons unknown it can sometimes come out of latency and cause disease. Once the disease becomes active in calves, it is usually fatal, often causing death within few days even with intensive treatment. For this reason, the zoo routinely sends blood samples to the Smithsonian's National Elephant Herpesvirus Laboratory.

On Wednesday, blood sample analyses from the Smithsonian's lab revealed the virus was active in Lily at very low levels. At that time, Lily showed no known clinical signs of disease. However, the next morning, Lily began to exhibit lethargy and a disinterest in food prompting veterinary staff to begin immediate treatment with fluids and antiviral medication. She also was given a transfusion. Despite these efforts, the disease proved too much for her.

Currently there is no vaccination against EEHV. In 1999, scientists at the Smithsonian and Johns Hopkins University developed a blood test that can detect the virus when it becomes active. Unfortunately, once the virus is active, there is usually very little time to treat an elephant.

The virus affects wild elephants as well, although it is harder to identify and diagnose, and its occurrence in range countries is overshadowed by much more serious threats such as poaching, habitat loss and human-elephant conflict. Scientists have confirmed around 60 EEHV deaths among elephants in Asian range countries over the past decade.

Scientists believe most, if not all, Asian elephants in the world carry some form of EEHV — an ancient virus that has evolved along with elephants for millions of years.

For the past 16 years, the Oregon Zoo has been contributing funding and blood samples from all its elephants to the Smithsonian lab, as part of a collaborative international effort to find a vaccine or effective treatment for EEHV, which is the leading cause of death in Asian elephants under the age of 8 in North America.

"It's very difficult to study the virus in wild elephants," Dr. Moore said. "But zoos can monitor their elephant herds closely and obtain samples of blood and other fluids. Right now, that's our best hope of developing a vaccine."