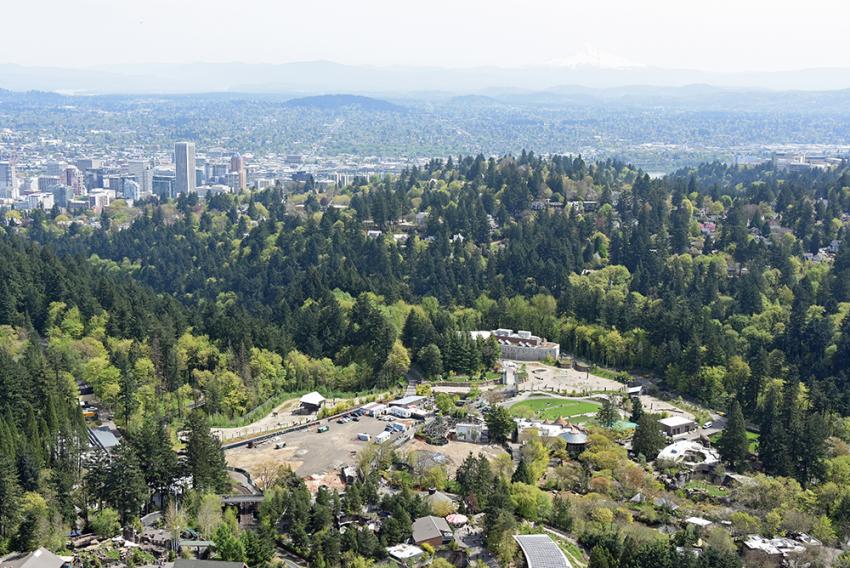 The Oregon Zoo continues to deliver on promises made over a decade ago, when the region's voters approved a $125 million zoo bond measure promoting animal welfare and sustainability, a citizen-oversight group reports.

At a meeting of the Metro Council last week, the Oregon Zoo Bond Citizens' Oversight Committee praised Metro and zoo staff for their effectiveness in implementing a host of projects made possible by the community-supported bond measure.

"The committee is pleased to report that in 2018, bond funds continued to be spent wisely, bond projects were advanced on schedule and within budget, and overall the bond program is on track to deliver on voter expectations," wrote committee chair Susan G. Hartnett in a letter introducing the major findings of the citizen group's report.

The committee's primary focus in 2018 was on the design and planning for the bond measure's final three projects — improved habitats for primates, rhinos and polar bears — which are being managed as a single construction project to save construction costs and increase efficiency. These projects broke ground in the fall and are scheduled for completion in winter of 2020–2021.

The committee commended the zoo for "reserving program contingency to ensure the final projects could be completed successfully despite the demand in the region's construction market," and also praised the "careful and strategic value engineering and monitoring of costs during the completion of the final projects without sacrificing animal welfare or conservation efforts."

When possible, the committee also sought to evaluate the success of completed projects, and it commended the zoo for the outcomes of a four-year elephant welfare study showing habitat improvements have delivered the intended results. "The results of the animal welfare study are gratifying," the report said. "The zoo is achieving its goals with Elephant Lands."