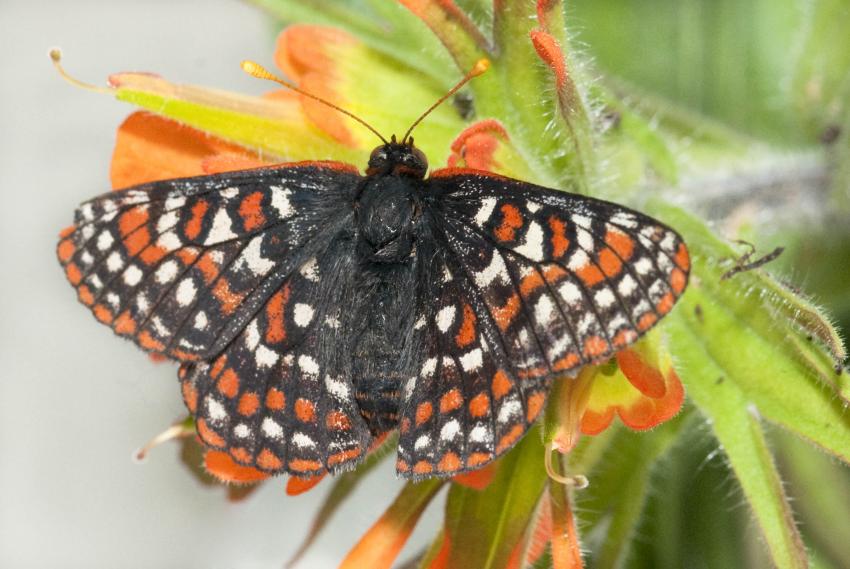 The Oregon Zoo drew praise from colleagues at zoos and aquariums across the continent this month, earning three prestigious awards from the Association of Zoos and Aquariums — one for conservation work on behalf of imperiled Northwest butterflies, one recognizing achievement in workforce and audience diversity, and a third for design innovation at the zoo’s new Education Center. The awards were announced last week at AZA’s annual conference, held this year in New Orleans.

“We are deeply honored,” said Dr. Don Moore, Oregon Zoo director. “These awards are some of the highest distinctions in the zoo world. They represent the respect of our peers from around the country.”

Since 2012, the Oregon Zoo has been recognized with 12 of the association’s major annual awards: six for conservation work on behalf of endangered species, two for excellence and innovation in exhibit design, one for environmental efforts in the zoo’s day-to-day operations, one for achievement in diversity, and two for marketing excellence.

“Earning so many awards in such a short span of time is extraordinary,” said AZA President and CEO Dan Ashe. “In 2012, when the Oregon Zoo also won three awards, our CEO traveled to Portland to tell the Metro Council just how exceptional that achievement was. And now they’ve done it once again. Oregonians can be very proud of their zoo — it’s one of the top zoos in the country.”

Though once abundant across the inland prairies of the Pacific Northwest, the Taylor's checkerspot has now lost 99 percent of its grassland habitat to successional plant growth, agriculture and urban development. Since joining the recovery effort in 2004, the zoo has provided more than 28,000 checkerspots for release in the south Puget Sound area, where some of the region’s best prairie habitat remains.

And the zoo’s new LEED Platinum education center — conceived to inspire young minds and serve as a regional hub for conservation — earned an innovation award in AZA’s Exhibit category, adding one more honor to its growing list of sustainable design accolades. The center was the fifth of eight major projects made possible by a community-supported bond measure promoting animal welfare, education and sustainability.

The Association of Zoos and Aquariums — a nonprofit organization dedicated to the advancement of zoos and aquariums in the areas of conservation, animal welfare, education, science and recreation — is the accrediting body for the top zoos and aquariums in the United States and eleven other countries. In 1974, the Oregon Zoo became just the second zoo in the country to earn accreditation from the AZA, which currently accredits fewer than 250 zoos nationwide.