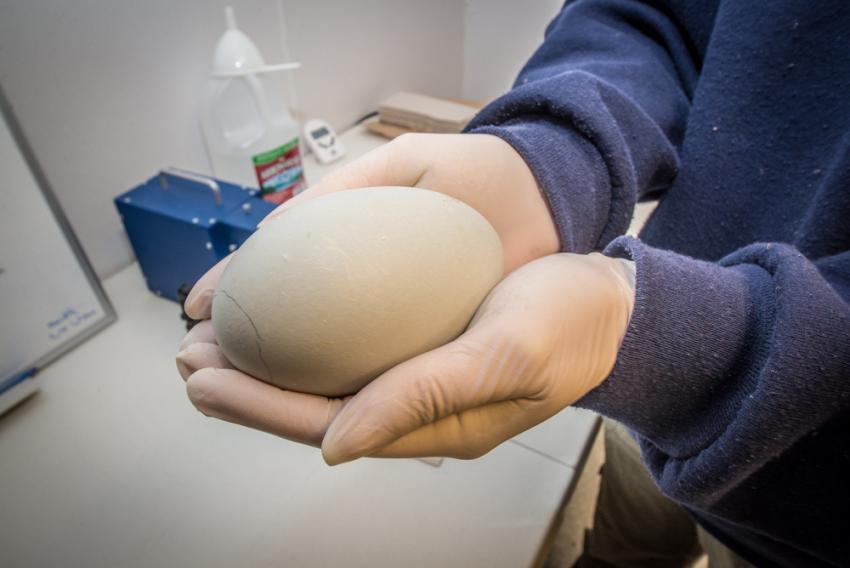 California condors at the Oregon Zoo's Jonsson Center for Wildlife Conservation are laying the groundwork for species recovery one egg at a time. The first several eggs of 2020 arrived at the center over the past week, and keepers hope to see more throughout the month.

"A successful start to the season like this is great news for the California condor's comeback," said Kelli Walker, the zoo's lead condor keeper. "With only about 500 of these endangered birds in the world, every egg counts."

There are 14 condor pairs at the conservation center this year — more than any previous season. That means the potential for more eggs and more chicks, but it also means many of these birds are laying eggs for the first time. According to Walker, that makes for a bit of a learning curve.

"Some of our new condor couples might take a few tries to get things right, which is to be expected with young birds," Walker said. "We're monitoring all of the nest boxes, and checking on the eggs to make sure they're developing correctly."

Walker and her team use a process called candling — using a bright light source behind the egg to see details within the shell — to determine whether eggs have been fertilized, and when they're likely to hatch. This information is critical, especially in the rare instance when a chick needs help coming out of its shell.