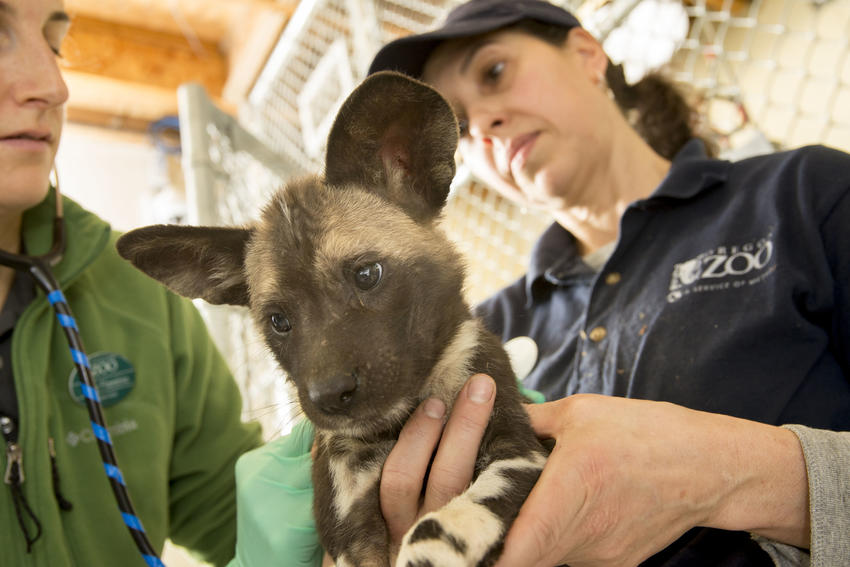 The driver slammed on the brakes to avoid spooking the pack of African painted dogs lounging near the road in the early morning.

The truck was packed with people and gear — solar panels, batteries and supplies for living on the savanna. For days, they had scanned the roadside for tracks, and Foster worried she might return to Oregon without ever seeing the animal that brought her here.

After almost 20 years as a keeper, caring primarily for lions and painted dogs, this was the first time she had seen dogs in the wild. Thanks to a grant funded by donors to the Oregon Zoo Foundation, Foster spent two weeks working with Greg Rasmussen at the Painted Dog Research Trust in Zimbabwe, an organization she and the Oregon Zoo have collaborated with for years. The trust’s mission is to save this highly endangered species while training local graduate students in the rigors of conservation and scientific field research. 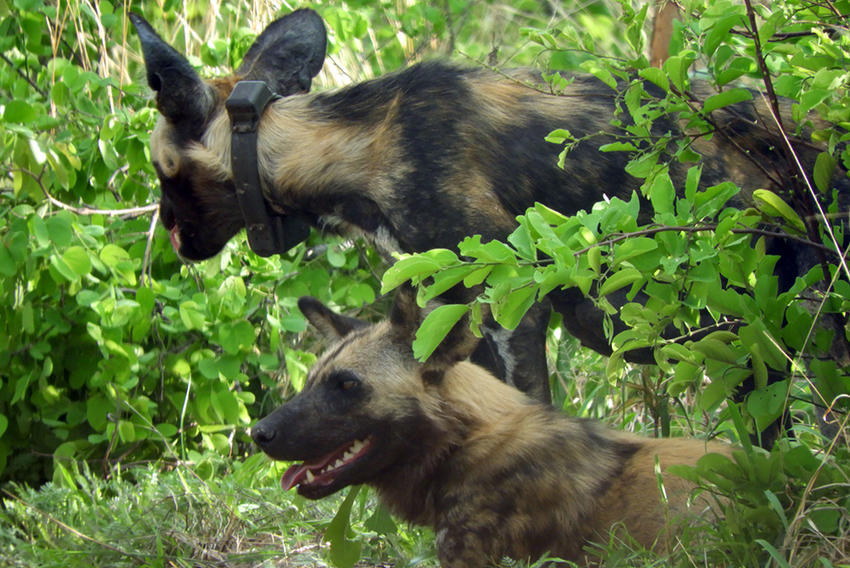 “I'm almost 50,” Foster said. “I've worked with African animals for my whole career, and I hadn't gone to Africa — to finally have that opportunity was amazing!”

Foster traveled to the trust’s headquarters near Victoria Falls with longtime ZooGuide volunteer Roger Williams. As soon as they arrived, they were put to work. The two spent their days building a much-needed storage shed, collecting water and doing anything they could to help.

“They live so minimally,” Foster said. “They put every dollar toward having a facility that can accommodate research, education and tracking the dogs.”

Immersive fieldwork gave Foster another new experience. “You just throw a sleeping bag down on the ground and — goodnight! See you in the morning,” she laughed. “Being out in the field and learning how to not be scared of just sleeping in the middle of Africa was something else.” When asked if she would like to return to Zimbabwe someday, she didn’t hesitate: “In a heartbeat.” 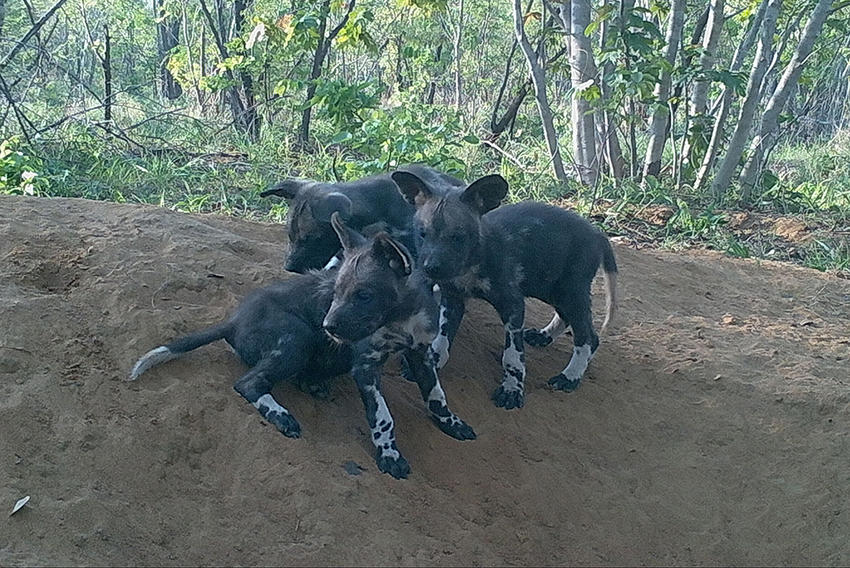 Threatened by poaching and habitat loss, African painted dogs are one of the most endangered species in Africa, with fewer than 5,000 left in the wild. Foster’s work caring for the zoo’s wild dog pack is also contributing to the conservation of this highly endangered species.

In November 2018, Oregon Zoo painted dog Ella gave birth to 12 pups. When Rasmussen told Foster there was no existing nutritional breakdown for milk to raise healthy puppies, she trained Ella to allow her to take milk samples. Now, zoos and field biologists all over the world have a better understanding of the nutritional needs of painted dogs.

Foster spends around three hours a day observing the zoo’s dogs, watching as the pups grow and develop into different roles within the pack.

“They’re born with their roles,” Foster said. “If you don't pay attention to that, you are setting them up for failure.”

For Foster, this donor-funded trip was an opportunity that will fuel her work in many ways.

“It’s so important for my job, for my inspiration,” she said. “We are a really big force out there for painted dogs because of how much collaboration and information we’ve been able to put out into the community.”