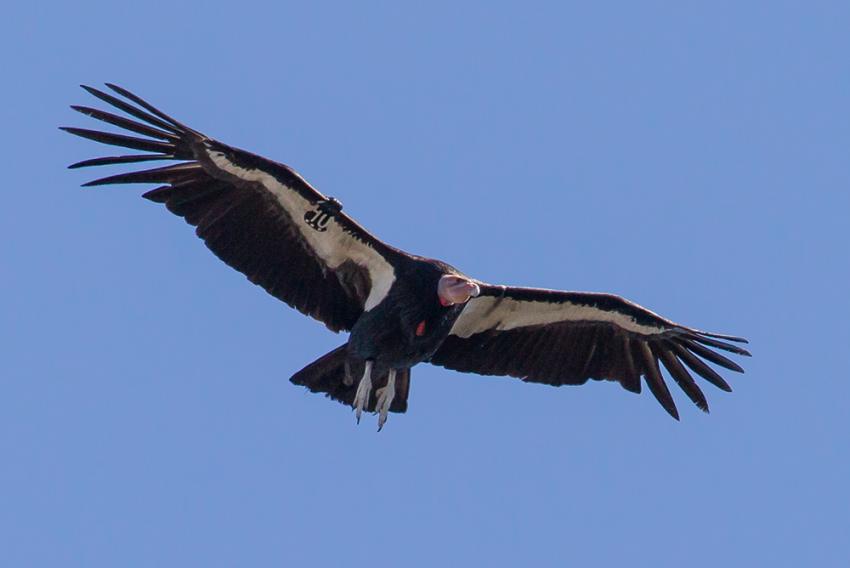 It’s an exciting time of year at the zoo’s Jonsson Center for Wildlife Conservation, where each new California condor chick represents a step toward saving an endangered species.

"With only about 500 of these endangered birds in the world, every egg counts," said Kelli Walker, the zoo's lead condor keeper.

In 1982, only 22 condors remained in the wild and by 1987, the last condors were brought into human care in an attempt to save the species from extinction. Thanks to the commitment of the Oregon Zoo and their partners, the condor population now totals more than 500 birds, with most of those flying free.

Oregon Zoo Foundation donors have played a critical role in this work since the zoo joined the Condor Recovery Program in 2001. With their support, the foundation raised more than $2 million for the Jonsson Center, a remote 52-acre facility designed to limit human contact and maximize the young birds' ability to thrive in the wild once they are released. The foundation’s current Heart of the Oregon Zoo campaign is raising an additional $2 million for wildlife conservation, with a focus on the California condor and other endangered Northwest species.

“Zoo supporters and conservationists are the key to success as we work to fund all that goes into raising healthy chicks,” said Julie Fitzgerald, the foundation’s executive director. “We’re working with the zoo to raise the funds — when we succeed, we’ll see condors in the skies of Oregon.”

A return to Oregon skies will not come without obstacles. Lead poisoning and “microtrash” pollution are among the greatest threats to condors. In 2015, the foundation and the U.S. Fish and Wildlife Service made it possible for the zoo to hire Leland Brown, an educator and outdoor enthusiast who works with hunters in the Pacific Northwest to reduce the unintended impacts of lead ammunition on wildlife.

Technology offers another solution for helping condors. One example is a geofence – a virtual perimeter that can be created around any geographic area, such as a wind farm. If a bird with a GPS transmitter crosses a geofence surrounding an operating wind plant, the company can curtail, or temporarily power down, turbines to minimize risk of collision.

As the condor recovery program prepares to establish a new release site in Northern California, emerging technology like these geofences may reduce risks to condors. Historically, condors lived throughout the Columbia River Gorge, into Idaho and all the way up into British Columbia.