The Oregon Zoo's red panda cub has a name!

When red panda Mei Mei gave birth to a fluffy baby this summer, keepers handed naming honors over to the Oregon Zoo Foundation, which raffled off a chance to help "dub the cub."

The winner of the raffle, Miriam Bolding of Hillsboro, met with zoo care staff via video conference last week, and together they decided on Pabu — a popular red panda–like character on Nickelodeon's animated series The Legend of Korra, and a popular name for red pandas at accredited zoos around the country.

"We had so much fun meeting with Miriam to kick around different names," said Amy Cutting, who oversees the zoo's red panda area. "Pabu was the winner, and it really seems to fit the little guy. He's been growing more and more adventurous lately — we're excited for visitors to see him as he spends more time outside." 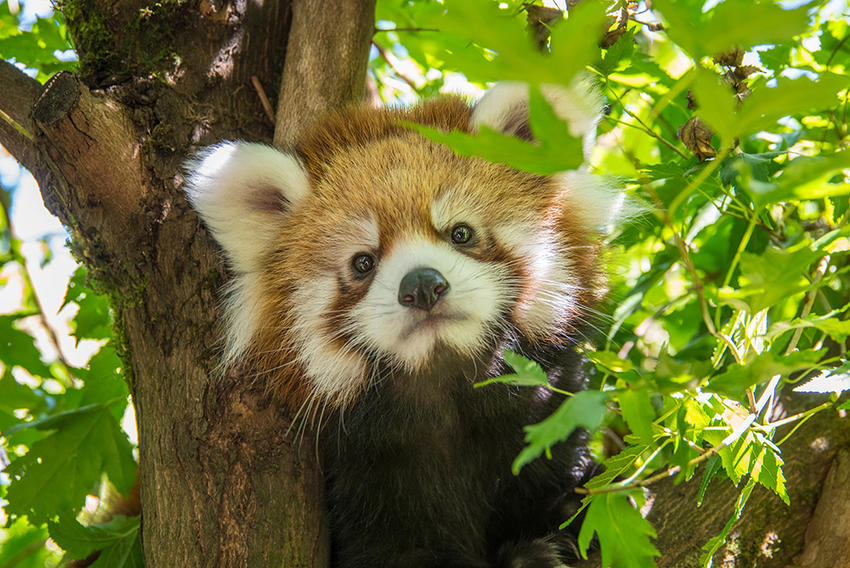 Bolding won the raffle Sept. 25, during the Oregon Zoo Foundation's Zoo Rendezvous event, which raised much needed funds to support the zoo's efforts in animal care, education and conservation.

"I have been looking for ways to support local organizations that I love who have been hit hard by the pandemic," Bolding said. "I wanted to support the Oregon Zoo so I purchased a membership and decided to buy raffle tickets to help."

The Oregon Zoo Foundation is leading efforts to fund critical needs of the zoo during its reduced-capacity reopening. To contribute, go to oregonzoo.org/donate. Members, donors and corporate and foundation partners help the zoo make a difference across the region and around the world.