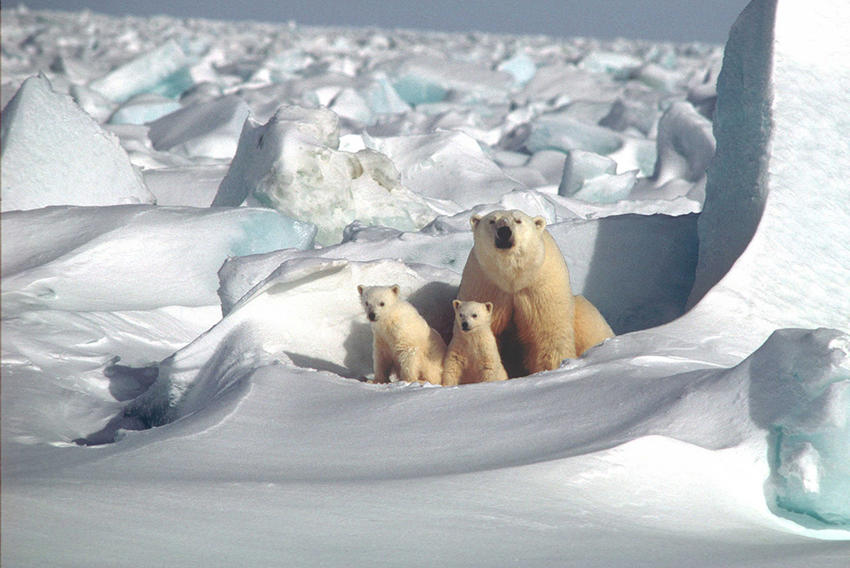 This week, the White House began a process to auction off drilling sites in the Arctic National Wildlife Refuge — letting oil and gas companies pick which parts of the pristine landscape they want to drill in.

After nearly four decades of protection for the refuge, this hasty move could spell disaster for polar bear mothers and their cubs.

The Southern Beaufort Sea population of polar bears is threatened, having declined by almost 50% since the 1980s, and nearly a third of this population gives birth to its cubs on the refuge's coastal plain.

Pregnant polar bears travel there to dig maternity dens in snow drifts, where they give birth to tiny, helpless cubs. That period inside the den is a critical — and vulnerable — time for polar bear families. A disturbance can force a polar bear mom to abandon her den, likely resulting in death for the cubs.

If oil and gas companies are allowed to explore and drill in the Arctic Refuge, heavy vehicles will tow earth-shaking equipment across the middle of this polar bear nursery, sending tremors into the ground, rattling everything that's in it.

The science is clear: Research by our partners at Polar Bears International and the U.S. Geological Survey indicates that proposed oil and gas activities in the refuge pose a significant threat to polar bear survival.

But much more than polar bear survival is at stake. Climate action has never been more critical, and the key to restoring our climate system is to move away from fossil fuels. Now is the time to work on climate solutions together as a nation, not desperately hunt for oil and gas in one of the continent's few remaining wilderness areas.

We urge our community to send letters opposing this action to the Bureau of Land Management at the following address:

Click here to download a template letter Word document file. Letters must be received by Dec. 17; please mail your letter by Dec. 10 to ensure it arrives on time.

We urge the White House to halt this action, and protect and preserve the habitats and ecosystems we depend on. Thank you for joining us in creating a better future for wildlife.

Bob Lee is General Curator of the Oregon Zoo.