At Oregon Zoo, 'Stumptown Fil' says winter's not over yet

Filbert the beaver has made his forecast; Northwest hunkers down for six more weeks

Sure, Punxsutawney Phil may be calling for six more weeks of winter, but more importantly for local residents, so is Stumptown Fil — aka Oregon Zoo resident Filbert the beaver.

"Groundhogs like Punxsutawney Phil are fine for their part of the country," said Christina Parr, a keeper in the zoo's North America section. "Here in the Northwest, though, we are beaver believers."

Filbert made his forecasting debut last year, Parr said, and he did not have an impressive first showing.

"Last year, Filbert predicted an early spring, and in March we had to close the zoo because of snow and ice," Parr said. "Then again, Punxsutawney Phil's record isn't so great either — you might be better off flipping a coin." 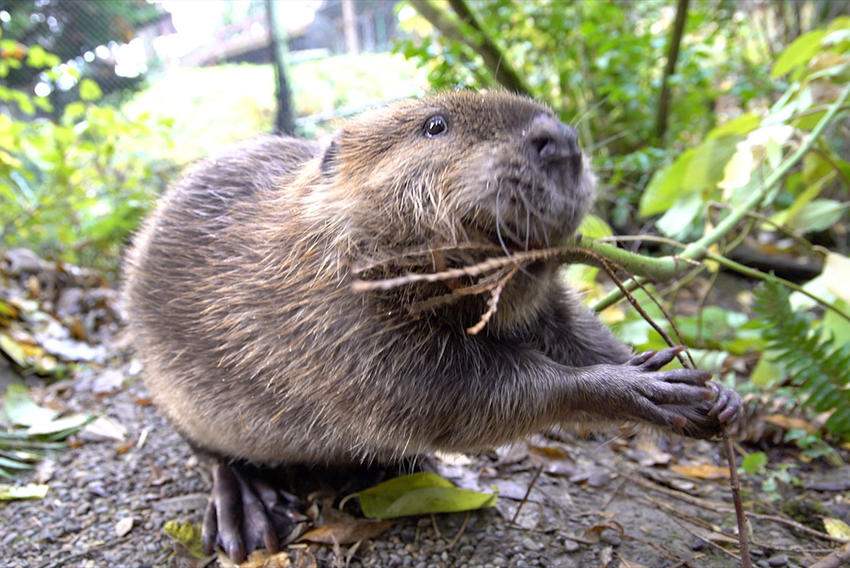 Even if meteorology doesn't end up being Filbert's strong suit, he does a great job connecting people with one of Oregon's most iconic and misunderstood animals, according to Parr.

Born at the zoo in 2011, Filbert has acquired thousands of fans on the zoo's social media channels, where his industrious wood-gathering activities have earned him the title "branch manager." Last March, he welcomed a new coworker when Maple moved in. The toothy twosome now share a lodge and go on dam-building adventures together.

Filbert also is an experienced research assistant. In 2015, he lent his services to Oregon State University for its Beaver Genome Project.

Though Oregon is known for its beaver population, that hasn't always been the case. In the 19th century, American beavers were hunted and trapped for their fur; by about 1900, they were almost gone from many of their original habitats. Pollution and habitat loss also affected their survival. In the last 100 years, thanks to re-establishment programs and hunting regulations, beavers have made a strong comeback. They are now listed as a species of least concern by the International Union of Conservation of Nature.

Metro, the regional government that manages the Oregon Zoo, has preserved and restored more than 90 miles of river and stream banks in the region through its voter-supported natural area programs. By protecting water quality and habitat, these programs are helping to provide the healthy ecosystems needed for beavers, fish and other wildlife to thrive. Beavers are frequently observed in Metro region waterways.