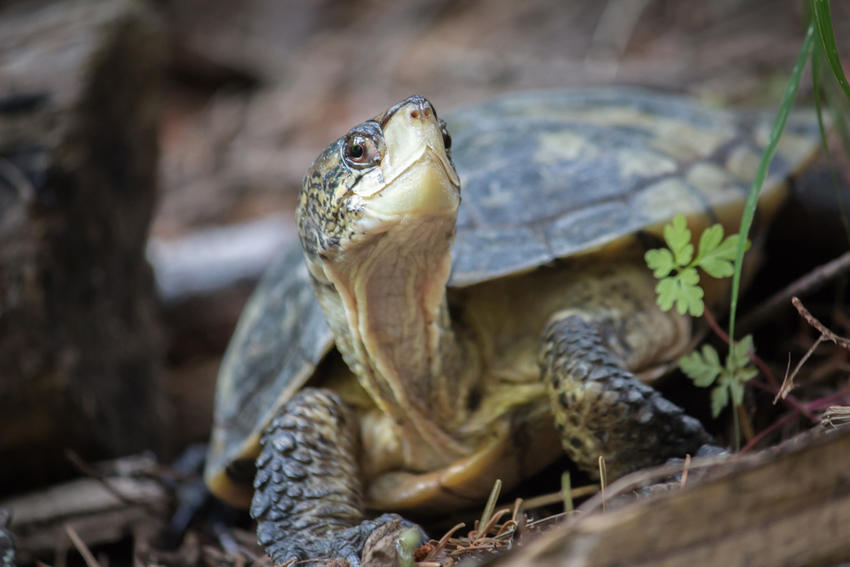 Yamhill County property owners are being asked to help search for a rare Pacific Northwest native reptile: the northwestern pond turtle, also known as the western pond turtle. Funded in part by a grant from the Oregon Zoo Foundation, the Northwest Ecological Research Institute survey is seeking Yamhill County properties with streams, ponds or wetlands that might harbor the small turtles.

Yamhill County has the fewest documented reports of turtles in the Lower Willamette watershed, impeding conservation of this species in this area of its range. Using a combination of visual encounter surveys and hands-on trapping, biologist Laura Guderyahn will lead a team of community volunteers to map where turtles live.

"We'll be looking for turtles on public and tribal lands throughout Yamhill County, but to get a more complete picture of where they live, we're hoping a few Yamhill County residents will allow us to survey their private property," Guderyahn said. "We're looking for properties with streams, wetlands or ponds that are a quarter-acre or larger in size."

Yamhill County residents who wish to include their property in the turtle survey can fill out a short webform at oregonzoo.org/yamhill-county-turtle-survey. Guderyahn hopes data collected through this project will help local land managers improve habitat and wildlife connectivity throughout the watershed. Landowners who have confirmed native turtles using their property may be eligible for restoration and land improvement funding. 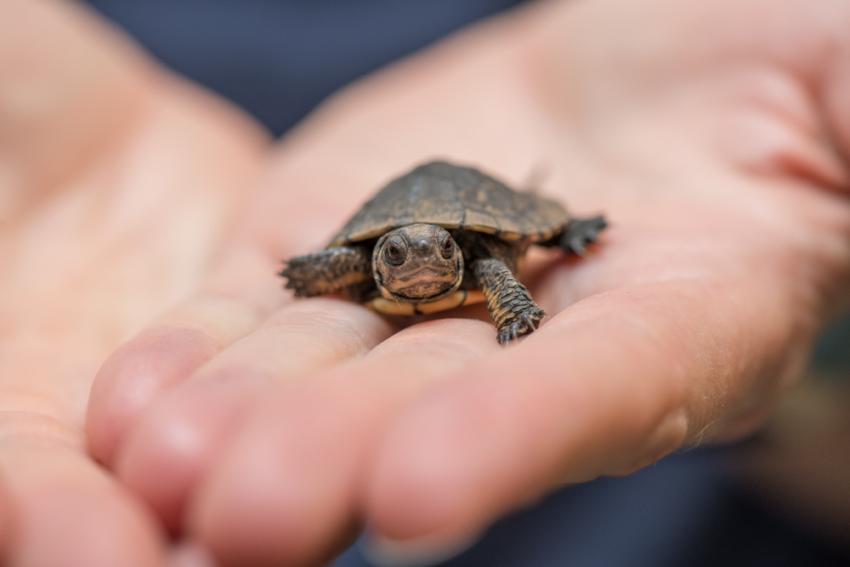 The turtle surveys are free and non-invasive, and there are no obligations after receiving a survey, which is used for data collection purposes only.

"Turtles are decomposers, so they break down a lot of the dead, dying and decaying matter that's in a wetland and return it back to that ecosystem," Guderyahn said. "Their presence also indicates the health of ecosystems. If we see fewer and fewer turtles, there's probably something unhealthy in either that aquatic or the terrestrial habitat."

"Conservation starts at home, and most of the zoo's efforts to save species focus on the Pacific Northwest," said Julie Fitzgerald, executive director of the Oregon Zoo Foundation. "Generous gifts from our members and supporters help the Oregon Zoo make our state a better place for wildlife, people and the habitats we all depend on."

Since then, more than 1,500 zoo-reared turtles have been released through the Western Pond Turtle Recovery Project, a collaborative effort by the Oregon Zoo, Woodland Park Zoo, Washington Department of Fish and Wildlife, U.S. Fish and Wildlife Service, Bonneville Power Administration, USDA Forest Service, Friends of the Columbia Gorge and other partners.

The Oregon Zoo Foundation is leading efforts to fund critical needs of the zoo during its reduced-capacity operations. Donations to the foundation's $8.5 million Heart of the Oregon Zoo campaign enhance new habitats for polar bears, primates and black rhinos while investing in the zoo's animal welfare, conservation and education efforts. To learn more, visit oregonzoo.org/hotoz.