Nine California condors have hatched so far this spring at the Oregon Zoo's Jonsson Center for Wildlife Conservation — the biggest batch of chicks in the zoo's 18-year effort to save the critically endangered species from extinction. And while the condors themselves don't know it, zoo caregivers have kept a watchful eye the entire time, cheering at each fuzzy new arrival.

Visible security cameras from Teledyne FLIR LLC — installed at the Jonsson Center last December — are providing improved views into the nesting areas and 24/7 observation of the condors, helping zoo staff better monitor the health of chicks and parents.

"It's been an amazing, record-breaking year already, and we still might get another chick," said Dr. Kelly Flaminio, who oversees the zoo's condor recovery efforts. "We're very grateful to Teledyne FLIR for partnering with us to help bring this species back from the brink of extinction, and for helping us provide great animal care throughout the zoo." 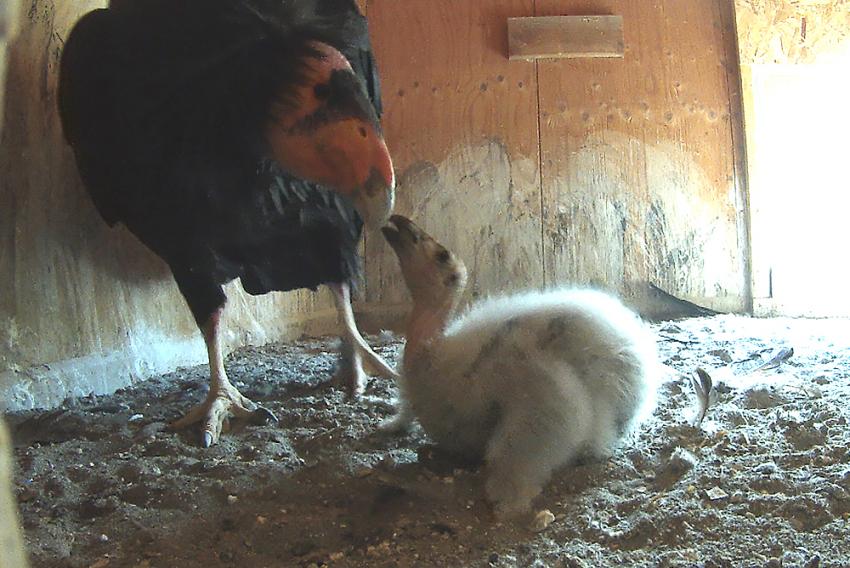 Condor-hatching season at the Jonsson Center got off to an early start on March 13, and the most recent chick hatched on May 12. One more is expected any day now.

"Every new arrival brings us one step closer to recovery," Flaminio said. "With scarcely more than 500 of these birds on the planet, each new chick is critical for the species' survival."

The California condor was one of the original animals included on the 1973 Endangered Species Act and is classified as critically endangered. In 1982, only 22 individuals remained in the wild and by 1987, the last condors were brought into human care in an attempt to save the species from extinction. Thanks to recovery programs like the Oregon Zoo's, the world's California condor population now totals around 500 birds, most of which are flying free. More than 80 chicks have hatched at the Jonsson Center since 2003, and more than 50 Oregon Zoo-reared birds have gone out to field pens for release.The Oregon Zoo's condor recovery efforts take place at the Jonsson Center for Wildlife Conservation, located in rural Clackamas County on Metro-owned open land. The remoteness of the facility minimizes the exposure of young condors to people, increasing the chances for captive-hatched birds to survive and breed in the wild.

Recent upgrades and new equipment at the center were made possible through a grant from the Avangrid Foundation and support from the Oregon Zoo Foundation's $8.5 million Heart of the Oregon Zoo campaign, which is currently raising funds to support the zoo's efforts in advancing animal welfare, conservation and education. To learn more or to make a gift, call 503-220-2493 or email foundation@oregonzoo.org.

Support from the Oregon Zoo Foundation enhances and expands the zoo's efforts in conservation, education and animal welfare. Members, donors and corporate and foundation partners help the zoo make a difference across the region and around the world. To contribute, go to oregonzoo.org/donate.