A playful 10-week-old river otter pup has taken up residence at the Oregon Zoo this summer after being orphaned along a roadside in Deer Island, Ore., last month.

The young otter was found June 3 along Tide Creek Road, and admitted to Portland Audubon's wildlife center for immediate care. Since her mom could not be located, she was transferred to Wildlife Center of the North Coast for rehabilitation, but was determined by Oregon Department of Fish and Wildlife staff to be non-releasable due to habituation to people.

With her health stabilized, ODFW contacted the Oregon Zoo to see whether it had space available, and the pup was transferred there on July 13.

"Our preference is always for rehab and release, but since that's not possible in this case we're happy to help give her a second chance," said Shelly Pettit, area supervisor for the zoo's North America section. "The other otters living here are also rescues, and we have a great track record caring for orphaned pups."

The new arrival is estimated to be about 10 weeks old and weighs around 7 pounds. 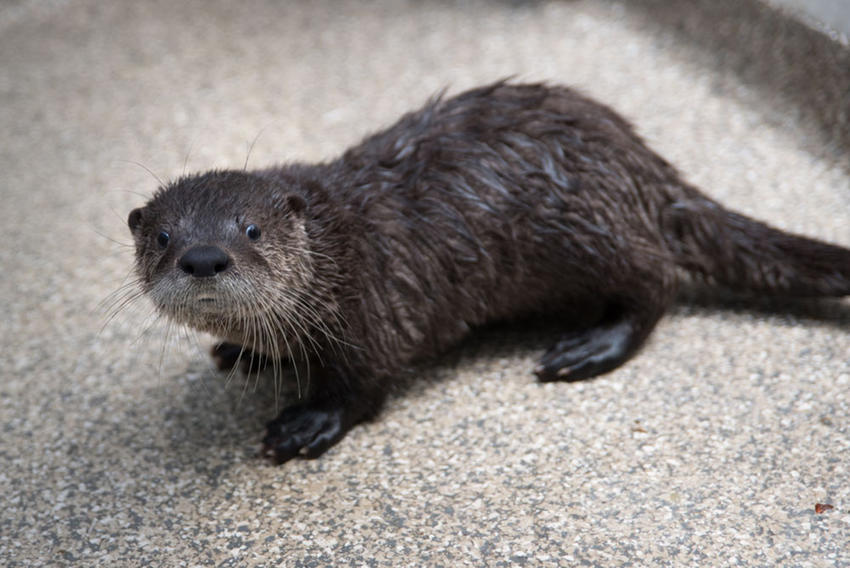 "She's a little bit larger than a kitten and just about as playful," Pettit said. "She's already a great swimmer and knows how to dry herself off. She's quite a doll."

The pup is currently receiving care at the zoo's Veterinary Medical Center. Staff are making plans to introduce her to Tilly and the other river otters in zoo's Cascade Stream and Pond area until a permanent home is found.

"In the meantime," Pettit said, "we have plenty of room for her and are happy to have her while we can."