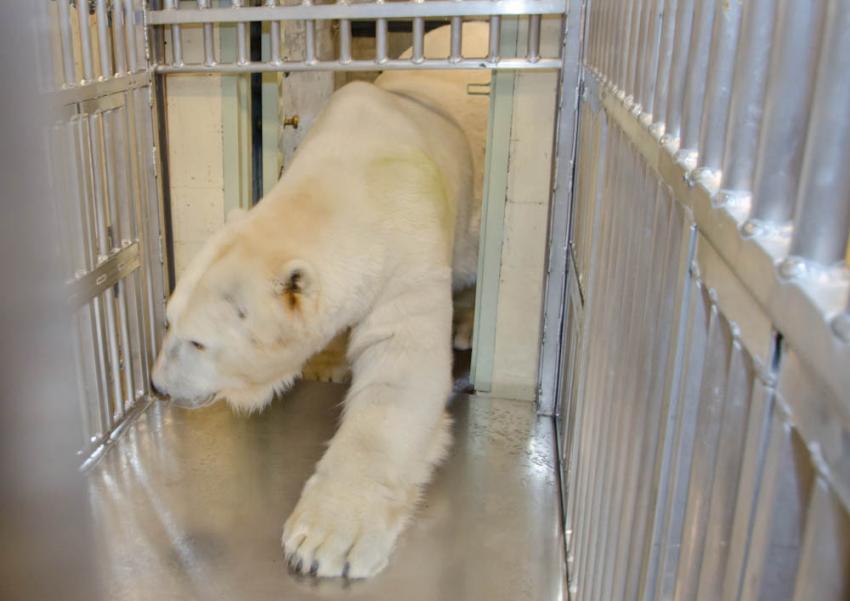 How do you get a half-ton hypercarnivorous beast to willingly submit to a blood test? The short answer to this riddle is, of course, "very carefully."

But a broader answer has resulted in significant animal welfare advances at the Oregon Zoo, where polar bear siblings Tasul and Conrad recently became the first of their species to allow blood samples to be taken without being anesthetized. Tasul has been comfortably allowing the zoo's keepers and veterinary staff to draw blood from a back paw since December, while her brother, Conrad, had his first voluntary blood draw this month. Preliminary lab analysis suggests this new method may physically reduce stress during veterinary treatment.

Drawing blood from large, potentially dangerous animals typically requires the use of a tranquilizing dart.

"There's certainly some physical and emotional trauma involved in darting," said Amy Cutting, zoo curator. "And even if an animal accepts a hand-injection, anesthesia is inherently risky and unpleasant for the animal."

Locating a vein on an untranquilized 1,100-pound mega-carnivore also presents unique challenges. Whereas big cats can be blood-sampled through their long tails, bears can only be sampled through the tops of their feet.

"Polar bears are quick and dangerous," Cutting said. "Other zoos have drawn blood from other species of bear that were not sedated, but that typically required a person being inside a closed space with the animal." 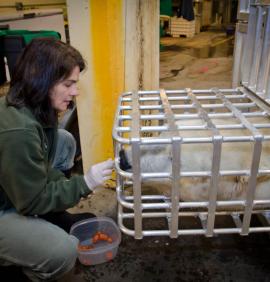 To ensure the safety of both the bears and humans, the Oregon Zoo worked closely with Hillsboro engineering and fabrication firm Carter2 Systems to design a specialized training module. The 7.5-by-4-foot aluminum module is equipped with small doors that open to different parts of the bear.

The design allows a keeper to feed and comfort the bear face-to-face while a veterinary technician draws blood from a rear paw through an access port.

"The ability to custom-design equipment opens up all sorts of new possibilities," Cutting said. "But it would've been useless without the years of training it took to establish trust between keepers and the bears. Polar bears typically don't enjoy being touched."

Senior keeper Nicole Nicassio-Hiskey, who has worked with Tasul and Conrad for more than a decade, confirms there are no shortcuts to bonding with a polar bear.

"You never want to trick them into doing things," Nicassio-Hiskey said. "If there's something they're reluctant to do, you need to have the patience to help them work through it."

The result of this positive relationship has been a quantifiable reduction in animal stress during routine diagnostic procedures. The zoo evaluated the voluntary technique by analyzing blood levels of glucose and CK (creatine kinase, a muscle enzyme), which can spike when an animal is stressed. Blood drawn voluntarily yielded lower glucose and CK levels than blood drawn from anesthetized animals.

"We always try to find non-invasive ways to do things," said Dr. Nadja Wielebnowski, zoo conservation research manager. "But if we need a blood sample, this technique is fantastic. We believe that training animals to participate in their own health care increases their welfare. It's no different with your dog at home. Would you rather it readily and willingly cooperate or struggle and try to escape when you need to administer necessary treatment?" 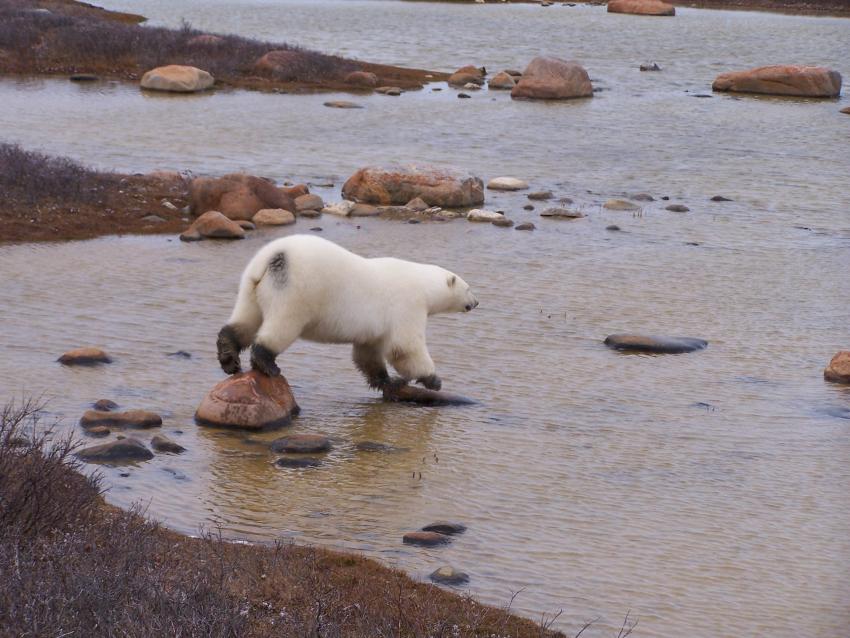 "Field scientists are trying to figure out how on earth these creatures can go six months without eating," Cutting said. "And with climate change, it is critical to understand how it will affect polar bears to go even longer without eating, due to longer ice-free periods. Since it's very difficult to access polar bears in the wild — let alone draw regular blood samples — scientists are hopeful that voluntary blood-sampling of zoo polar bears can help us learn something about their wild counterparts."