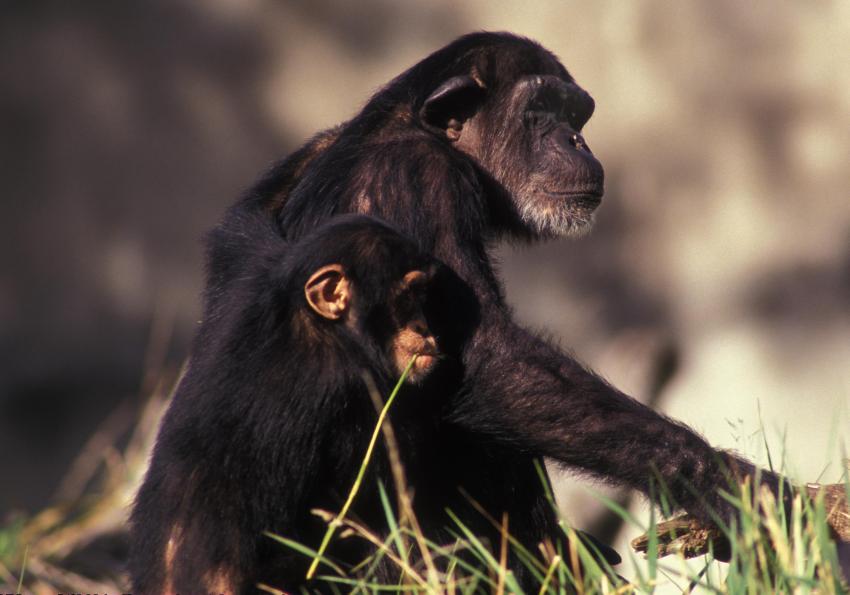 Excitement over the arrival of a new baby elephant was dampened today as Oregon Zoo staff made the difficult decision to euthanize Coco the chimpanzee, one of the zoo's most beloved long-term residents.

"Coco was beloved to staff, volunteers and visitors," said curator Jennifer Davis, who oversees the zoo's primate area. "During her 50 years here, she touched many lives."

At around 60 years old, Coco had been the oldest animal at the Oregon Zoo and the second-oldest chimp in the entire U.S. zoo population. The median life expectancy for chimpanzees is 31.7 years for males and 38.7 years for females.

"Coco was quite elderly for a chimp," Davis said. "Unfortunately, she suffered a debilitating health setback earlier in the week and her quality of life had diminished to the point where euthanizing her was the most humane option."

Coco's actual date of birth is unknown. She was born in the wild around 1952, came to the United States through the pet trade (legal at the time) and was donated to the zoo by her owner in 1961.

In March, an Oregonian feature on Coco and other elderly Oregon Zoo inhabitants highlighted ways that keepers and veterinary staff care for animals who are approaching the end of life. That article, and Coco in particular, subsequently earned a mention in "Stone Soup," a popular nationally syndicated comic strip.

In the 1970s, Coco was part of a study that changed the way chimpanzees born in zoos are raised. At the time, about half the breeding population of zoo-born chimps in the United States had been born and raised in Portland, and researchers began questioning why zoo-born chimps in the rest of the country weren't reproducing more.

Over the next 15 years, research at Portland's zoo showed that chimps who were cared for by their mothers for longer periods were significantly more likely to exhibit natural breeding behaviors by the time they reached adolescence and adulthood.

Based on this research, Dave Thomas and Nancy King Hunt co-authored a chapter on early rearing for the Association of Zoos and Aquariums' Species Survival Plan for chimpanzees. Accredited zoos across North America subsequently adopted the new standards, keeping young chimps with their mothers for at least three to five years.

During this time, the zoo also had a strong connection to renowned chimpanzee expert and conservationist Jane Goodall. In 1973, Goodall had been featured in a public service announcement endorsing the formation of the zoo's governing agency, Metro ­— and she was instrumental in helping the zoo find support to fund a large outdoor area to house all its chimps together. In 1979, Goodall visited the zoo with her husband, Derek Bryceson, director of the Tanzania National Parks. Other prominent zoo visitors during this era included President Jimmy Carter and his wife, Rosalynn.

Coco is survived at the zoo by two of her daughters — Delilah, 39, and Leah, 38 — along with their troop-mate Chloe, who is around 43.