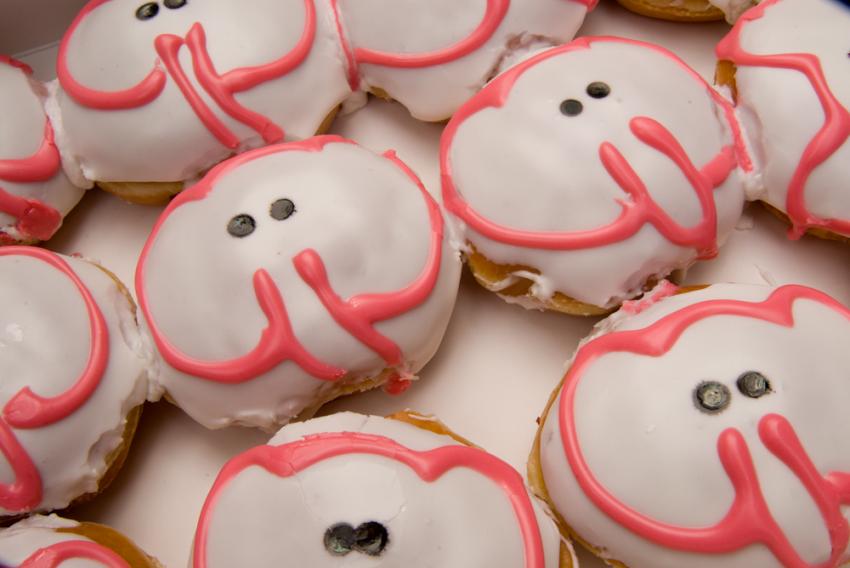 Anyone planning to visit the Oregon Zoo this Friday will have a sweet incentive to show up early. On June 14, representatives from Krispy Kreme will be at the zoo handing out free original glazed doughnuts to the first 500 visitors.

Also that day, Krispy Kreme will unveil its newest menu item: the Lily doughnut, named in honor of the zoo's youngest pachyderm.

The Lily doughnut, a special crème-filled glaze with a pink-icing elephant face adorning the top, will be available in local Krispy Kreme stores through the end 0f July for $1.29. A portion of sales goes to the Oregon Zoo Foundation's Campaign for Elephants, funding education and conservation activities at the zoo's new Elephant Lands habitat.

Elephant Lands — the most ambitious project in Oregon Zoo history — will usher in a new era of animal welfare for Portland's famous Asian elephant herd. Set to open in 2015, the habitat will cover 6 acres around the eastern edge of the zoo. Learn more about Elephant Lands and the Oregon Zoo Foundation's Campaign for Elephants.