Off the hook fun: Get out and about with salmon, trout 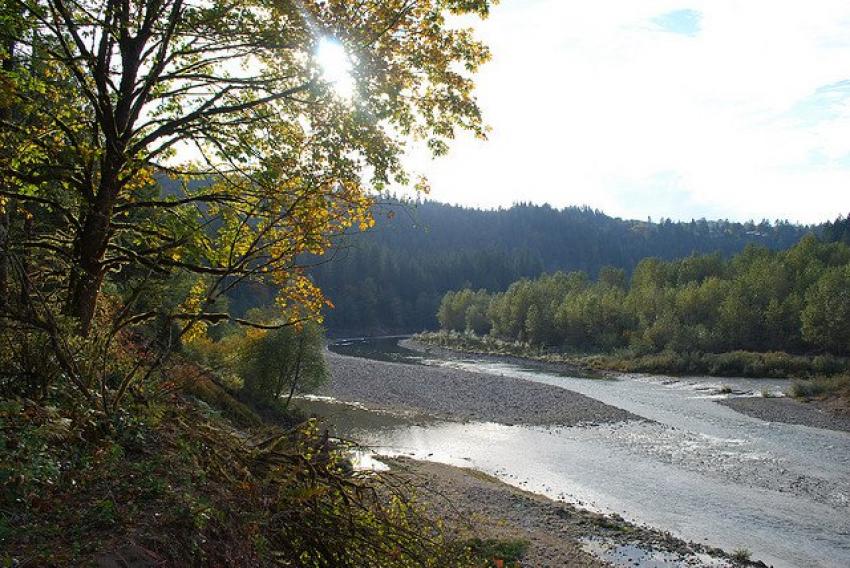 The salmon's annual return from the ocean might be the most iconic wildlife spectacle in the region. And at Metro's Oxbow Regional Park this weekend, during the annual Salmon Homecoming, visitors can get an up-close perspective on this Northwest phenomenon alongside the scenic Sandy River.

Saturday and Sunday at Oxbow, from 11 a.m. to 4 p.m., Metro naturalists working in tandem with the Oregon Zoo's education division will be along the river's edge helping park-goers spot the spawning fish. Polarized glasses are available at the site to help people get a better look.

"The sunny weather is providing some ideal viewing conditions," said Metro naturalist Ashley Conley. "The river is running clear as a bell and the water level seems to be to the fish's liking. In the far channel, we've seen some dramatic splashing and chasing scenes."

All Salmon Homecoming events are free with park entry ($5 per vehicle; $7 per bus). Registration is not required. For more information, call 503-663-0238. 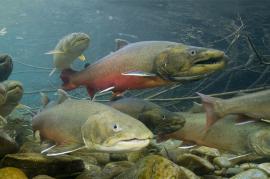 Meanwhile, the Oregon Zoo is offering a less splashy but equally intriguing option: Nine impressive bull trout — among the most threatened and least known members of the salmon family — can now be seen in the Great Northwest area of the zoo alongside the other species in the Cascade Stream and Pond habitat.

Bull trout — nicknamed the "grizzly bears of the fish world" for their fierce disposition and reliance on pristine, unspoiled habitat — are on loan to the zoo from the U.S. Fish and Wildlife Service, which hopes to help educate people about threatened and endangered species and aquatic ecosystems.

Unlike some members of the salmon family — which fight upstream to spawn and die in the rivers of their birth — bull trout can spawn more than once. And while Chinook and steelhead are famous for their cascade-climbing acrobatics, bull trout can leap over and negotiate obstacles to reach spawning grounds well beyond the reach of other fish. Some bull individuals have been recorded swimming more than 115 miles and gaining 3,000 feet of elevation to reach their spawning areas.

Formerly one of Oregon's largest and most common freshwater fish, bull trout are now found in less than half of their former range. Human activities such as road and dam building have severely impacted trout habitat. Bull trout are listed as threatened by the USFWS, which is monitoring the status of existing populations and reintroducing bull trout into habitats from which they have disappeared.

Learn more about this piscivorous species (as well as the meaning of the word piscivorous).