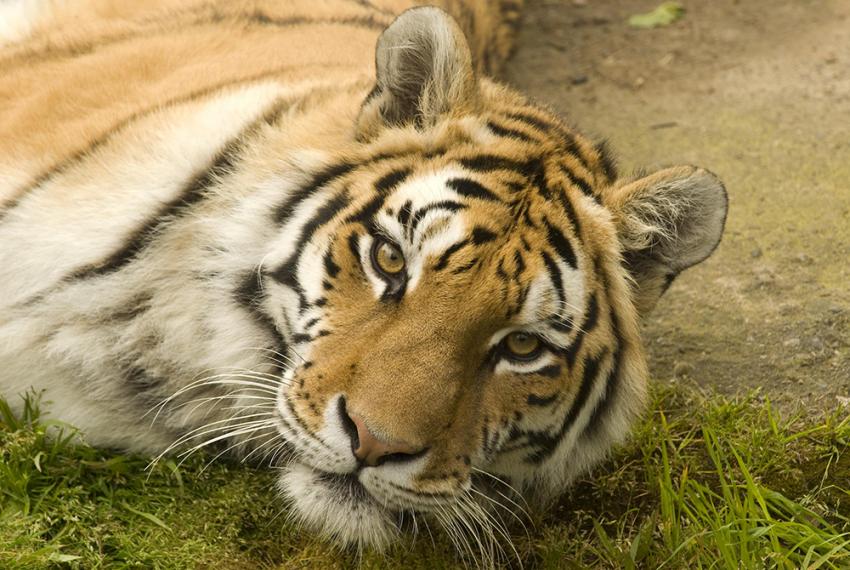 Affectionate tiger was a favorite among staff, visitors

Nicole, a 15-year-old female Amur tiger at the Oregon Zoo, died shortly after noon today after experiencing what is believed to be a seizure. Animal care staff responded immediately but were unable to save her. Veterinary staff continue to gather information to determine what may have caused her death.

"Nicole was adored by everyone who knew her," said Kim Smith, zoo director. "She was an especially affectionate tiger, but had just enough spunk to let her brother know she was the one in charge. I know many of our visitors had a special connection with her and it's clear she will be missed."

Zoo staff cleared visitors from the Tiger Plaza area of the zoo during a particularly busy spring break day to facilitate an emergency response. As a standard procedure, veterinary care staff will conduct a necropsy—the equivalent of an autopsy on animals—to determine the cause of her death.

Nicole and her brother Mikhail were born on Halloween 1998 at the John Ball Zoological Garden in Grand Rapids, Mich. They moved to the Oregon Zoo on Sept. 12, 2000. 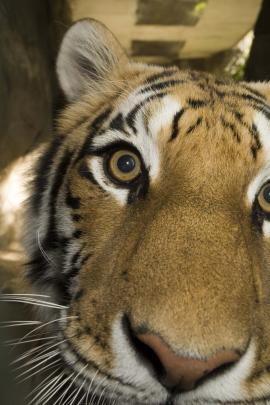 As an Amur tiger, Nikki loved cool weather and was especially playful with her brother during snowstorms. Visitors would often see her lounging on the rock next to her swimming pool. She would roll on her back for attention if one of her keepers was nearby.

Nicole enjoyed training sessions and participated in her own care including voluntary blood draws from her tail. She would present her paw in custom-designed crate that allowed keepers to groom her nails and would open her mouth for dental exams.
The median life expectancy for Amur tigers is 16 years for males and 14.3 for females. The pair has remained active and playful, especially during the cooler months.

Wild Amur tigers are among the most endangered big cats on the planet: Fewer than 500 are believed to remain in their home range. The Amur tiger species derives its name from the Amur River, which runs through the region of southeast Russia to which this subspecies is native.

North American and European zoos are participating in coordinated breeding programs to help preserve these critically endangered cats. For more information about Amur tiger conservation and ways to help, visit the Amur Leopard and Tiger Alliance's website. ALTA is an international coalition of organizations working for the conservation of Amur tigers and leopards in the wild.