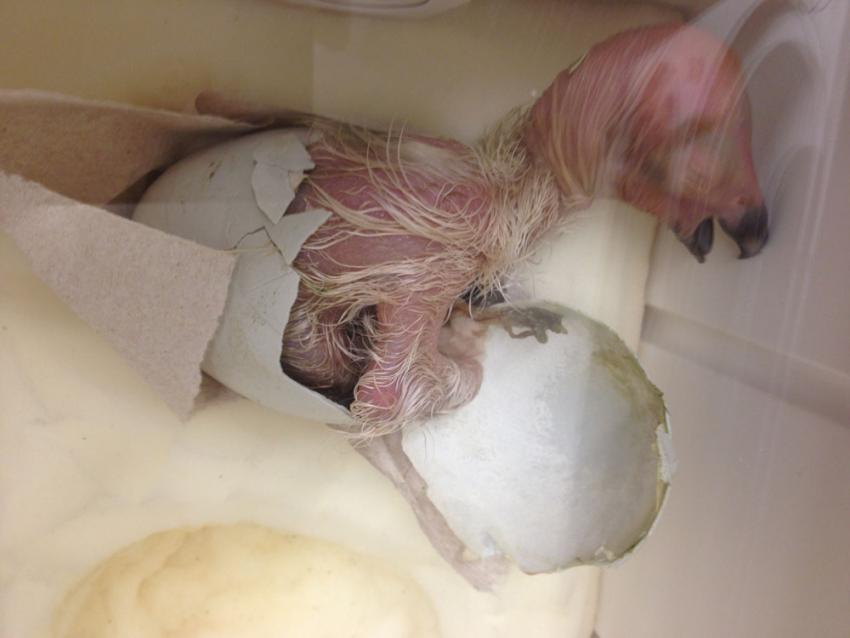 The Oregon Zoo concluded its California condor breeding season in timely, and slightly unusual, fashion this week. The zoo's sixth and last chick of the season hatched Monday, May 19, at the Jonsson Center for Wildlife Conservation in rural Clackamas County — the same week the zoo's much anticipated Condors of the Columbia habitat is set to open here in town.

The parents of the newest condor hatching — male Alishaw and female Elewese — are typically the slowpokes of the breeding season, according to the zoo's senior condor keeper Kelli Walker. 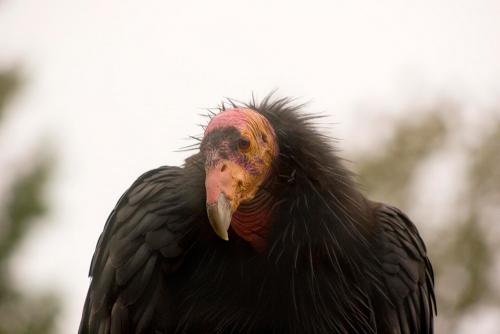 "They're about a month behind the other breeding pairs every year," Walker said. "That's the way Elewese always does it. I don't know why."

The final hatching was a bit out of the ordinary, Walker said, in that it occurred with no "draw down" — the process in which the air sac inside an egg expands just before the hatch.

"I talked to colleagues at the L.A. Zoo and the Peregine Fund in Boise, and nobody had ever seen that before," Walker said. "So I just placed the egg back under the parents and said, 'Good luck with that.' There was no problem with the hatching though — it was just something unusual."

Walker described this season's batch of chicks as healthy, loud and full of fight — traits that could serve them well once they grow large enough for release into the wild.

The first chick of the season arrived to condor parents Malibu and Maluk on March 18 — the earliest hatch date since the zoo started breeding the critically endangered birds in 2003. Walker was preparing to remove the egg from its incubator and return it to Malibu and Maluk's nest box when the chick cracked the top off its shell. Usually, in instances like this, keepers tape the shell back together and place it under the parents to hatch a second time. This time, though, the feisty hatchling wasn't having it.

"It started squawking like a little dinosaur, causing the parents to perk up," Walker said. "I had to make the switch quickly. By the time I got back down the stairs, dad Maluk was already brooding his new chick, just the way he should."

The fourth chick of the season — which hatched on April 3 to condors No. 295 and Kojjati — seems equally spirited.

"The fourth chick is extremely feisty," Walker said. "I opened the nest-box door when it was just 45 days old, and it started hissing and ran at me. They don't normally come after you at that age. They're usually just a giant angry fluff ball, but that one's got some spunk."

"At this point, each egg that arrives and every chick that hatches is vitally important to the survival of this species," Walker said.