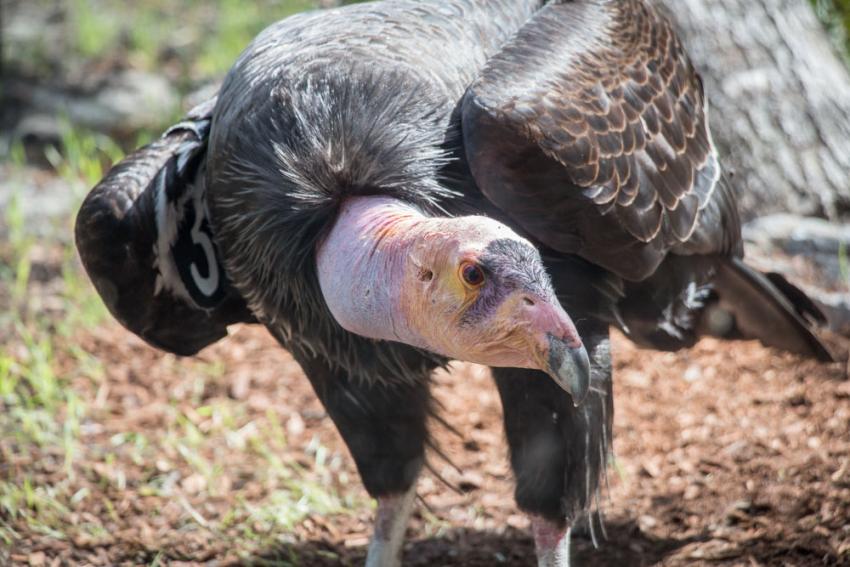 As the Oregon Zoo switches to summer hours this weekend, visitors will be treated to some new viewing opportunities.

Starting Saturday, May 24, the zoo's gates will be open 9 a.m. to 6 p.m., with grounds open until 7 p.m. And also starting May 24, visitors can enjoy up-close looks at three colorful, charismatic and critically endangered California condors at the new Condors of the Columbia habitat.

"This isn't your standard aviary," said Kelli Walker, the zoo's senior condor keeper. "It is a home for pterodactyl-sized scavengers with complex social structures and specialized feeding habits."

The new habitat's name is a nod to the "buzzards of the Columbia" mentioned in Meriwether Lewis' expedition journal. Though native to the region, and commonly seen here during the time of Lewis and Clark, the continent's largest bird hasn't soared through Northwest skies for more than a century.

Opening one year to the day after its 2013 groundbreaking, the $2.3 million Condors of the Columbia project was completed on schedule and under-budget, zoo officials said. It is the third of eight major projects funded by the community-supported 2008 zoo bond measure promoting animal welfare and sustainability.

After meeting the condors, visitors have a chance to see history in the making, along the path between Steller Cove and the Family Farm. Work on Elephant Lands, the next major project, has nearly reached the halfway point, and visitors can watch as construction crews prepare what will soon be the northern portion of this expansive new habitat. Elephant Lands — a sweeping expansion of the Asian elephant habitat that will quadruple the elephants' space and dramatically enhance their daily experiences — broke ground last June and will be completed in the fall of 2015.