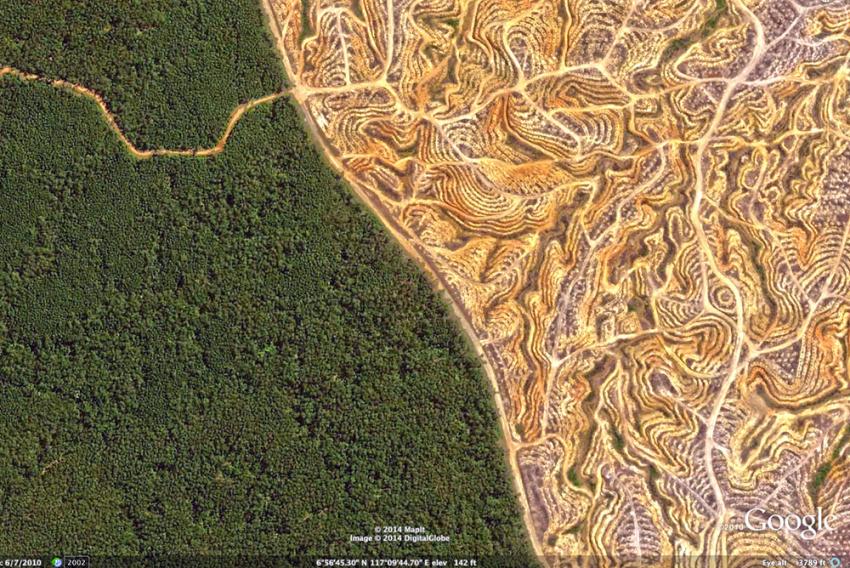 Cookies, ice cream and other treats sold at the Oregon Zoo are now more wildlife-friendly, thanks to a new purchasing plan announced this week. As of August, the zoo will only sell products containing palm oil if the companies that make them are working to address the negative impacts of the palm oil industry.

Palm oil is the world's most widely consumed vegetable oil, and can be found in an estimated half of all packaged foods sold in American grocery stores, according to the World Wildlife Fund. To develop the vast palm tree plantations required to feed the global palm oil demand, tropical forests are clear-cut, devastating vital habitats for endangered orangutans, tigers, Asian elephants and other species. Some companies are now taking steps to grow palm oil more responsibly, including planting on degraded land instead of forests and growing higher-yield crops.

The purchasing plan follows the zoo's Use Your Reach campaign, launched last August, which empowers consumers to speak up for responsible palm oil. Both the campaign and purchasing plan are guided by the zoo's position that the most effective way consumers can help wildlife impacted by palm oil is to advocate for more responsible production — a view shared with other organizations including the WWF and Union of Concerned Scientists.

"The solution isn't to boycott palm oil, but rather to demand that companies use and produce palm oil that is deforestation-free."

"The Oregon Zoo has been invaluable in making deforestation-free palm oil the industry norm," said Miriam Swaffer, corporate policy advocate for the Union of Concerned Scientists. "The zoo has inspired the community to take action and tell America's biggest corporations that — for the sake of our climate, tropical forests and endangered species — now is the time to adopt strong deforestation-free palm oil policy. Oregon Zoo supporters recently brought Starbucks to the negotiating table by posting about the company's lack of a deforestation-free commitment on social media."

"It shows that the zoo is letting its mission guide its business operations as well," she said. "Cleaning up the palm oil they buy is in lockstep with what they're asking their visitors to do."

In 2014, Oregon Zoo staff inventoried all food products sold at the zoo and identified 40 items that were either known or suspected to contain palm oil. Most were made by companies that had already joined the Roundtable on Sustainable Palm Oil — an organization working to address negative impacts of the palm oil industry — but 11 items weren't. Food service staff then worked with vendors to eliminate those products — including Maruchan's instant noodles — and identify either non-palm oil or RSPO-member alternatives.

"The majority of our palm oil use is in candy, cookies and other snacks that people like to have while visiting the zoo," said the zoo's food and beverage manager, John Sterbis. "In one case, a vendor called us after we had stopped using the product — Cookies and Cream Dippin' Dots — to let us know the company that creates Oreo cookies, Mondelez International, had since joined the RSPO. That meant we could start ordering them again — but more importantly, it meant vendors were responding positively to public requests to use deforestation-free palm oil."

The zoo is now embarking on the second phase of its palm oil purchasing plan, including an exploration of how to incentivize companies that have gone beyond the RSPO to make significant progress toward deforestation-free palm oil. Four of the companies — Mars, Hershey, Kellogg and Mondelez — already rank among the best in terms of their efforts to cut deforestation from their palm oil supply chains.

Zoo staff hope that going public with their purchasing plan will also help consumers understand why boycotting palm oil is not the answer – a common misperception that conservation organizations are working to address.

"It's intuitive to think avoiding palm oil will help wildlife, but unfortunately that's not the case because different vegetable oils can be easily substituted in many applications," said Calen May-Tobin, lead analyst for tropical forests with UCS. "Most of us have experienced this firsthand. If you're cooking dinner and realize you're out of olive oil, rather than head to the store and buy some, you just reach for the canola oil instead. So the problem isn't with palm oil, but arises when forests are converted to plantations. This leads to loss of habitat and millions of tons of carbon emissions. The solution isn't to boycott palm oil, but rather to demand that companies use and produce palm oil that is deforestation-free."

Related links:
Find out which companies are working toward deforestation-free palm oil, and which ones aren't.5 things you should know about palm oilSpeak up for responsible palm oil